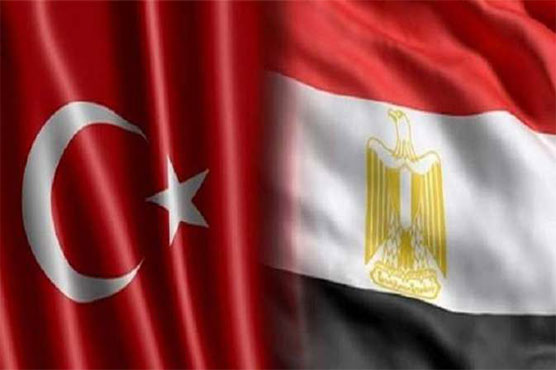 Ankara: – Turkey said it had established its first diplomatic contacts with Egypt since 2013 and was ready to improve relations with other rivals as it seeks to break its isolation.

Ankara and Cairo had a dramatic falling out when Egyptian President Fattah al-Sisi ousted the Turkish-backed Islamist leader Mohamed Morsi.

The two regional powers have since sparred over a range of issues and found themselves on opposite sides of the war in Libya.

But Turkish President Recep Tayyip Erdogan has been extending olive branches to his rivals in the face of potential sanctions from the European Union and a tough new diplomatic line from US President Joe Biden.

Foreign Minister Mevlut Cavusoglu first signalled earlier this month that Ankara was prepared to negotiate a new maritime agreement for the eastern Mediterranean with Cairo.

He told Turkish state media on Friday that the two countries have now made “contacts both at the level of intelligence and foreign ministries with Egypt”.

Erdogan later told reporters that he wanted these initial discussion to lay the groundwork for possible talks with Sisi.

“Our desire would be to extend this process and strengthen it much more,” Erdogan said after attending Friday prayers in Istanbul.

“Therefore, after these intelligence, diplomatic and political contacts yield result, we will take this to much higher levels.”

However an Egyptian official on Friday denied in comments to local media any resumption in high-level talks and pointed out that both countries already have diplomatic missions at the level of charge d affaires.

“Upgrading the relationship between Egypt and Turkey requires taking into account the legal and diplomatic frameworks that goven relations between countries on the basis of respecting the principle of sovereignty and the requirements of Arab national security,” the unnamed official added. AFP