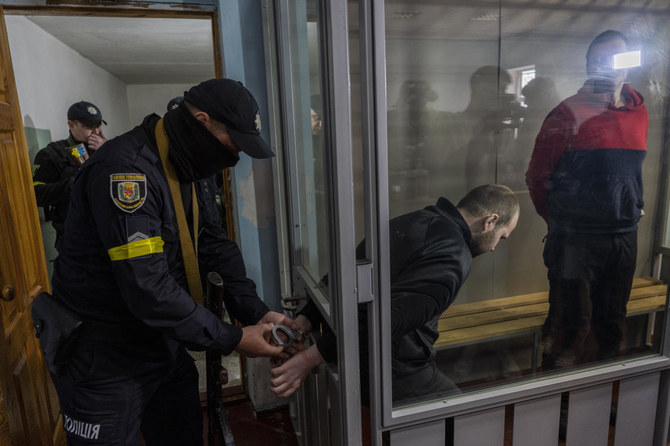 The servicemen, Alexander Bobykin and Alexander Ivanov, were both handed sentences of 11 years and six months under legislation against “violating the laws and customs of war,” for firing on two villages in the early days of Moscow’s invasion. AFP