US retired general probed over undisclosed lobbying for Qatar 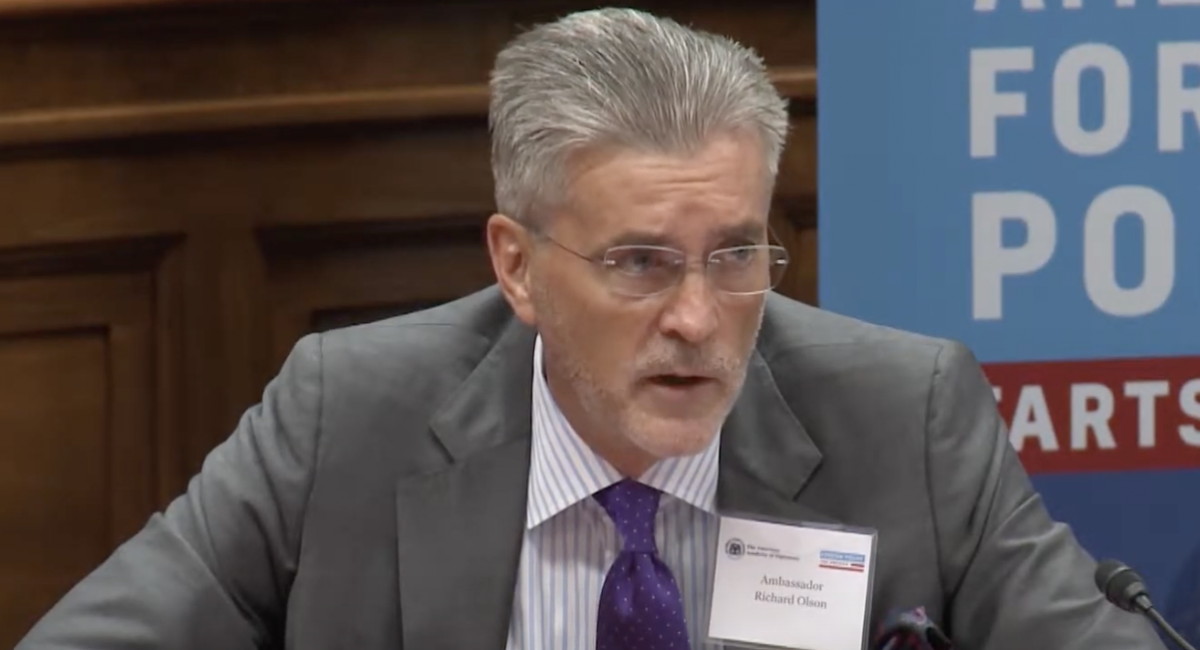 Washington: Federal prosecutors have obtained evidence that John R. Allen, the retired four-star Marines general who commanded all U.S. forces in Afghanistan and now heads a venerable Washington think tank, secretly lobbied the government of Qatar, lied to investigators about his role and tried to withhold evidence sought by a federal subpoena, according to court documents.

The court records are the latest evidence of a wide-ranging investigation by the Justice Department and the FBI into the influence that wealthy Arab countries such as Qatar, the United Arab Emirates and Saudi Arabia exert in Washington.

Other filings in the case appear to remain sealed and the public release of the warrant application may have been accidental. The filing provides evidence that General Allen, along with Richard G. Olson, a former United States Ambassador to the United Arab Emirates and Pakistan, had joined the secret lobbying scheme, and Imad Zuberi, a businessman with ties to the Middle East.

Mr Zuberi is serving a prison sentence for violating foreign lobbying, campaign finance and tax laws, as well as obstruction of justice. Mr Olson has agreed to plead guilty to participating in Qatar’s lobbying efforts in violation of a ban on such activities during the first year after leaving the diplomatic service.

A spokesman for General Allen, Beau Phillips, said in a statement: “John Allen has voluntarily cooperated with the government’s investigation into this matter. John Allen’s efforts in relation to Qatar in 2017 were to protect the interests of the United States and the military based in Qatar. John Allen received no compensation for his efforts.”

Federal law requires anyone who lobbies for a foreign government to register with the Department of Justice. The department has been cracking down on violations of the Foreign Agents Registration Act (FARA) in recent years. There is no evidence that General Allen registers to lobby for Qatar.

Federal prosecutors have shown a particular interest in potential violations involving countries in the Persian Gulf that have developed close ties to business and political figures in the United States. Last month, the Justice Department filed new charges in an pending case against Thomas J. Barrack Jr., a friend and informal adviser to President Donald J. Trump, for working on behalf of the United Arab Emirates to direct U.S. foreign affairs. policies during the Trump administration.

The plan outlined in the documents with General Allen unfolded around the start of the Trump administration five years ago, after he left the military and before becoming president of the Brookings Institution think tank. Qatar frantically tried to fend off a press campaign and economic embargo from its rivals in the Persian Gulf, Saudi Arabia and the United Arab Emirates. There were rumors of a possible Saudi ground invasion, Mr. Trump appeared to support the Saudis and the Emirates, and both sides of the dispute spent a lot of money to win Washington’s favor.

Mr Zuberi, according to the filing, “saw the diplomatic crisis as a business opportunity” and began conspiring to sell lobbying services to Qatar. He contacted Mr Olson, who had recently left the government. mr. Olson, in turn, brought in General Allen, according to the report.

“If we can do this, we will own half of Qatar,” wrote Mr. Zuberi to Mr. Olson in a WhatsApp message is quoted in submitting their proposed plan to General Allen.

The court document gives a detailed account of several weeks in June 2017, when General Allen was recruited by Mr. Olson and Mr. Zuberi to meet with top Qatari and US officials to help spread the Gulf crisis — and how General Allen saw the money to to earn money for his involvement.

The document states that he agreed to travel to Qatar’s capital Doha at Mr Zuberi’s expense and negotiated a payment of $20,000 in what he called a “speaker’s fee.” The document cites a message from General Allen demonstrating his goal of making more money later — to “work out a more complete arrangement of a long-term relationship.”

Other reports cited in the document show General Allen doing other business with Qatar-affiliated companies, one of which is said to have earned him a commission of more than $1 million. The document states that the FBI has not determined whether he received this money.

During this period, General Allen met several times with U.S. officials, including members of Congress and HR McMaster, the retired three-star general who was then the White House’s national security adviser. But the document, citing an interview with General McMaster by federal agents, stated that General Allen never informed General McMaster that he was being paid for his work.

The document also detailed attempts by General Allen to obstruct the investigation by lying to federal agents who asked him about his lobbying efforts during an interview last August, and by withholding documents showing his financial interest in his interactions with Qatari officials. .

General Allen is a former deputy commander of the United States Central Command, which is responsible for the Middle East and a major base in Qatar.

His time in the Central Command helped him bond with high-ranking Qatari leaders, including Sheikh Tamim bin Hamad al-Thani, the country’s emir. In 2011, he was awarded a fourth star and took command of all US and NATO forces in Afghanistan until 2013.

In 2016, the year before the court document stated his advocacy work for Qatar began, General Allen was an adviser to Hillary Clinton’s presidential campaign, and he spoke at the Democratic National Convention that year.

He took over as president of Brookings in November 2017.

Brookings once had a big campus in Doha. The campus was established years before General Allen became president of the think tank. In September, according to his websiteBrookings ended his affiliation with the Doha Institute, now called the Middle East Council on Global Affairs.

Olson’s contemporaneous notes on a June 2017 conference call show that Mr. Zuberi agreed to pay the group’s travel expenses and General Allen’s speaking fees, but emphasized the need for secrecy.

The filing suggests that General Allen also sought other forms of payment. An Israeli security firm, Fifth Dimension, had agreed to pay him $10,000 a month as well as a 1.5 percent commission on any new business he generated, and he sought credit for convincing Qatar to sign a contract from Qatar the same weekend. $72 million trip to be signed with the company — potentially earning him over $1 million in compensation.

His approval “would likely complete their decision making,” he wrote to the company in an email quoted in the filing.

General Allen also served on the board of a Texas-based artificial intelligence company, SparkCognition, and also appears to have attempted to sell a $30 million contract for his services to Qatar. “The order is in their hands,” General Allen wrote to the chief executive shortly after returning from his visit.

General Allen appeared to acknowledge that he was in fact working as a subcontractor on the lobby, particularly after the Qatari emir and other top officials insisted on banning Mr Zuberi from meeting the former general and ambassador.

“You should have intervened and said no you should have stayed,” Mr Zuberi said furiously in a WhatsApp message to the ambassador, adding: “Does General Allen know his place or his position?”

In an email to make amends, according to court documents, General Allen thanked Mr Zuberi “for his leadership” and expressed regret at his exclusion. “I think there are a lot of opportunities,” he added. New York Times