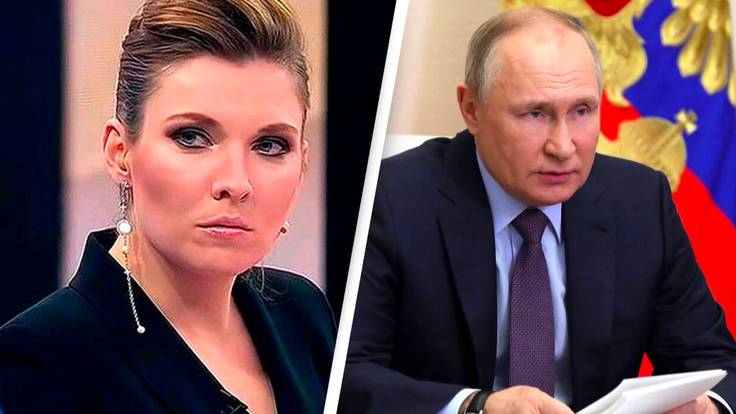 Moscow: Russia’s state TV host and guests have said that World War 3 has started and noted Ukraine could be just the beginning of a potentially larger conflict with the West.

The Daily Beast’s Julia Davis shared a video Wednesday of a political scientist, commentators, politicians and the Russian state TV host speaking about the conflict between Ukraine and Russia.

“Russian propagandists and government officials look beyond Ukraine and threaten the collective West on Kremlin-controlled state television: ‘WWIII had started.’ ‘Expect us,'” she wrote on Twitter as she shared the video.

While the guests and the host make these claims in the clip, an English translation can be seen running along the bottom of the video.

“Russia’s special operation in Ukraine has ended in a sense that a real war had started: WWIII,” host Olga Skabeeva said.

“We’re forced to conduct the demilitarization not only of Ukraine, but of the entire NATO alliance.”

Political scientist Vladimir Avatkov also issued a warning to the U.S. and Poland for their support of Ukraine in the conflict.

He highlighted that Russian President Vladimir Putin said that anyone who interferes in the “special military operation” in Ukraine will pay a heavy price.

The TV host added that there were a number of countries that this applied to, not just the U.S. and Poland.

“But a great number of people are lining up trying to interfere in Russia’s special operation on the territory of Ukraine,” Skabeeva said.

“Turns out, we have to act but we’re yet to figure out how we can act without conducting a nuclear strike.”

Associate professor of world politics at Moscow State University Alexei Fenenko added that a larger conflict with the West was possible in future. News.yahoo.com

One of world’s longest cruise ship crashes into Jamaican Pier