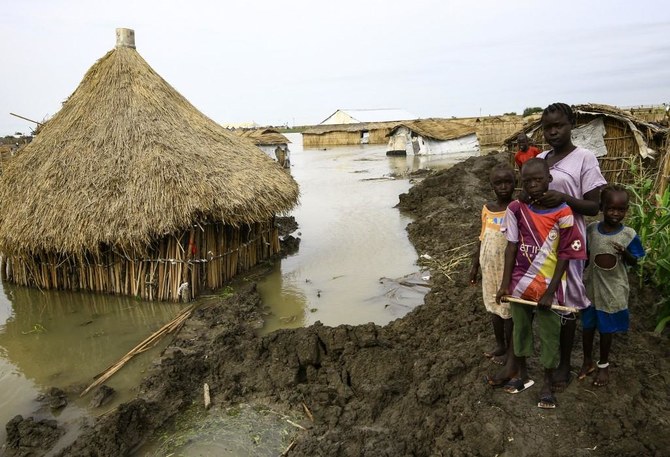 Paris: The world is paying too little attention to a slew of mass displacements of people across Africa, risking starvation deaths and prolonging conflicts, the Norwegian Refugee Council warned in a report published Wednesday.

“With the all-absorbing war in Europe’s Ukraine, I fear African suffering will be pushed further into the shadows,” the aid group’s chief Jan Egeland said in a statement.

The countries with the most neglected crises according to the NRC are, in order: the Democratic Republic of Congo (DRC), Burkina Faso, Cameroon, South Sudan, Chad, Mali, Sudan, Nigeria, Burundi and Ethiopia.

It is the first time that all 10 crises on the Council’s annual list — based on shortfalls in the international political response, media coverage, and the amount of aid pledged — are on the African continent.

In the DRC, the most-neglected country on the list for the second year running, around 27 million people went hungry last year, or one-third of the population.

But there were no high-level meetings or donor conferences about the DRC’s hunger crisis or the conflict in the country’s east, and only 44 percent of the $2.0 billion requested by the UN for humanitarian aid was received.

By contrast, the NRC highlighted that it took just one day this March for a humanitarian appeal for Ukraine to be almost fully funded.

“The war in Ukraine has demonstrated the immense gap between what is possible when the international community rallies behind a crisis, and the daily reality for millions of people suffering in silence within these crises on the African continent that the world has chosen to ignore,” NRC head Egeland said.

In other countries on the Council’s list, climate shocks such as droughts and floods have exacerbated food crises, while conflicts or endemic violence both put civilians to flight and made it harder for aid groups to reach them. And lack of press freedom in many affected nations raises the hurdle to media coverage even higher. The NRC noted that seven of the 10 countries on its list had made repeated appearances in recent years.

The aid group called for “adequate attention” from the UN Security Council and other international bodies, with measures like assigning one or more members to “champion” specific displacement crises and support for NGOs working on the ground.

It also suggested steps to address donor fatigue, such as governments committing steady funding flows rather than one-off pledges.

And it called on members of the public to continue pressuring their governments to help countries in crisis and support media that cover “forgotten conflicts.” AFP

One of world’s longest cruise ship crashes into Jamaican Pier