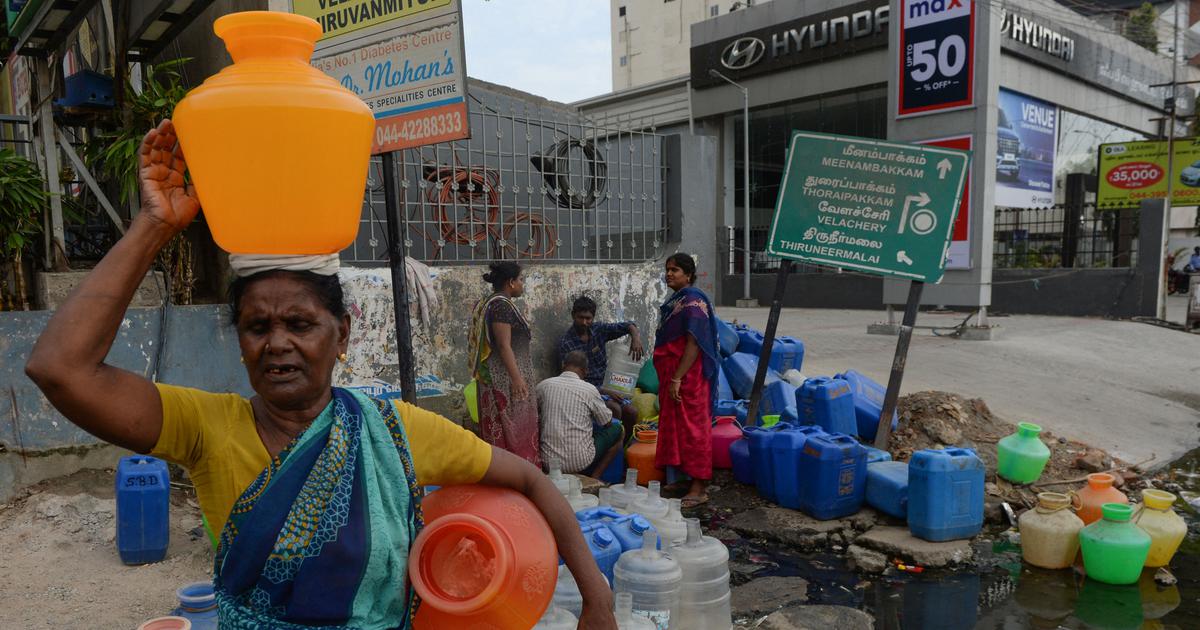 New Delhi: While climate change is worsening poverty and inequality in the country, policymakers have rarely considered it as a driver of human trafficking, said the authors of the research entitled “Climate change, migration and vulnerability to trafficking”.

“Slow onset disasters like drought are taking a particularly disturbing toll,” said Ritu Bharadwaj, senior researcher at the International Institute for Environment and Development. “Like a silent poison spreading through communities, they are going unnoticed and unchecked, allowing traffickers to exploit people driven to utter desperation.”

The report found that 2020 was a particularly extreme year, as climate-related hazards – including cyclones and floods – affected nearly 2 crore people in India.

That year alone, the nation suffered its worst locust attack in decades, three cyclones, a nationwide heatwave, and flooding which killed hundreds and forced thousands more to evacuate.

Using data from the Internal Displacement Monitoring Centre, the report said that in 2020, 39 lakh people were displaced in India due to such disasters. About 23 lakh are expected to be uprooted annually due to “sudden-onset hazards”, it found.

This year so far India has seen increased spells of heatwaves in many parts of the country, with climate scientists predicting that the situation will only worsen in the future.

The research covered 420 households in 14 villages across Kendrapara in eastern Odisha state – where cyclones and floods are frequent – and Palamu in neighbouring Jharkhand, which has seen emergency (distress) migration due to recurring droughts.

Overall, 76% of the respondents had migrated and more than half cited the loss or lack of livelihood because of climate change as their reason for moving.

According to the research, 42% of those who had left their homes in Palamu due to drought had experienced forced or bonded labour, debt bondage, withheld wages or exploitative conditions.

In Kendrapara, 16% had experienced the same issues. Bharadwaj said that while governments had effective flood and cyclone warning systems in place, including protocols of relief and rehabilitation, in case of droughts it was not so.

Indian states often waited for droughts to turn “severe” before declaring a disaster and providing relief, forcing many more people to migrate to survive, she added.

The study found that most of those migrating were men who had been farming when their livelihoods were wiped out by climate-related disasters, leaving the jobseekers with little bargaining power to negotiate wages or choose the type of work.

A Covid helpline started by Jharkhand’s government to assist migrant workers stranded in other states responded to almost 10 lakh calls from March 2020 to April 2022, the report said.

The calls led to the rescue of 21 bonded labourers from a brick kiln in Chhattisgarh state, and the rescue of 60 migrants held captive by an agent in Tamil Nadu state, it added.

“In coastal Odisha, the labour agents are very active as people struggle to rebuild their homes and lives destroyed by back-to-back cyclones,” said Umi Daniel, director of migration and education at non-profit Aide et Action and report co-author.

Both Odisha and Jharkhand have traditionally reported high numbers of trafficking cases. Labour agents are active in both states, trapping families in debt bondage by giving them large loans that they are required to pay off by working.

While tens of thousands from Odisha are trapped in bonded labour in brick kilns, young girls from Jharkhand are trafficked as domestic help to India’s cities, anti-slavery activists say.

Johnson Topno, regional head of the programme with charity Partnering Hope into Action Foundation, which ran the helpline for the Jharkhand government, said that women are more vulnerable than men to the threat of trafficking when migrating.

“Their security is a big concern and often their wages are not paid,” he said during a panel discussion about the report. “A villager in Palamu, which is in a rain shadow area, told me during the research that they had not really achieved freedom despite being free. Things need to change.” Scroll. In

Indian girl puts hand in fan after parents refuse to...

FM Bilawal thanks Iran for support to Kashmir cause