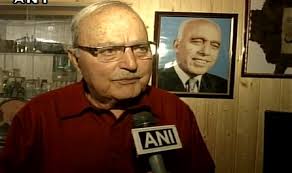 Says under BJP, IIOJK suffered from multipronged attacks on its identity, rights

Srinagar: The Jammu and Kashmir National Conference related remarks of BJP Union Minster Jitendra Singh on autonomy and self-rule to mocking the miseries of people of J&K and rubbing salt into their wounds, saying under present ruling BJP government J&K suffered from multipronged attacks on its identity and rights.
In a statement  Jammu and Kashmir National Conference General Secretary Dr. Mustafa Kamal said that the union minister has made a laughing stock out of him by brazenly lying in a presser on democracy. While rejecting the remarks of union minster he said that the indicators of democracy nosedived in J&K post unilateral, unconstitutional and undemocratic abrogation of Articles 370, 35-A. “Far from what the union minister is absurdly claiming the ruling BJP has consciously disenfranchised the people of Jammu and Kashmir by downgrading a state that boasted its own constitution and flag into a union territory, by obliterating its supreme law making body in the form of legislative assembly, and by cutting on the rights of natives by doling out successive notification and orders on land laws.,” he said adding, “What autonomy and self-rule is he talking about? J&K boasted the most powerful legislature in the country that had to its credit famous land to tiller reforms and other measures that changed the fate of millions of people of J&K. In the new scheme of things supplanted on J&K, our legislature has been put on a much lower pedestal than that of other states. Is this the self rule and autonomy Jitender Singh is referring to?”
He said that the people of IIOJ&K have been sidelined at all levels of government and that Kashmiris in particular have taken the major brunt of the measures taken by New Delhi on 5th of August last year. “Seeing a Kashmiri in the highest echelons power has become a rare sight. There has been a sharp decline in the representation of Muslims in general and Kashmiris in particular from civil and police administration. It is a known fact how BJP led central government gradually marginalized Kashmiris from the different wings of administration since governor’s rule following the toppling of elected governments. Employing serial turncoats, police and civil administration to help it and its Team –B to grab power is what is high on the agenda of BJP in J&K. Nationally BJP might confine itself to horse-trading, toppling elected government by using governor’s offices, a hallmark of its politics, in Kashmir it has stooped to newer unimaginable lows of interfering even in elections to civil bodies. Is this the democracy the union minister is referring to?” he said.
He said that history of electoral frauds has a lesson for BJP in J&K and that sharp decline in the working autonomy of democratic institutions has been ceaselessly coincided with abrogation of Articles 370, 35-A. “Unfortunately the repeated murder of democracy made even the most fair-minded people in New Delhi look other way, not to speak of this government which is traditionally averse to the diversity of India in particular to the vital interests of Muslims. Far from living up to the commitments of the sovereign nation made to the people of J&K from time to time, BJP has stampeded the people of J&K to accomplish the ideology of RSS by scuttling democracy and by undermining constitution. The way BJP is using civil and police administration in the ongoing DDC elections has made the entire process suspect and all that is being done to push down the measures taken by it on 5th of august down our throats. To achieve that end BJP employed a plaint brigade of stooges,” he said. kashmirage.net

Officials say peace accord between Sudan & Israel is already...