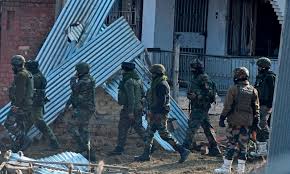 Jammu: Chairman Jammu and Kashmir Peoples Association (JKPA) has said that the police charge-sheet had shown that Indian troops could kill anybody labeling them as militants for small money.

Talking to media Aquib Wani said Shopain fake encounter has proven how life of a Kashmiri is cheap for Indian occupational troops.

JKPA Chairman Aquib Wani said, “The chargesheet of police authorities show that Indian Army officers killed three innocent and unarmed boys for a cash reward of Rs 2 million which is highly shameful, unethical and immoral. “It is incumbent upon world bodies to take it seriously as it poses a great threat to life and security of Kashmiris,” he demanded.