World should take notice of fake encounters in IIOJK: JKPA 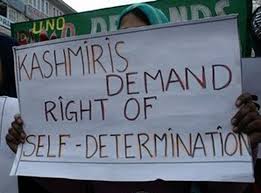 Jammu: The Jammu and Kashmir People’s Association (JKPA) has said that fake encounters have become a new trend by Indian troops in India illegally occupied Jammu and Kashmir and the world should take notice of it.

Wani said that videos of family members of martyred youth circulating on social media are melting stone hearts but the cruel Indian government is adhered to the policy of killing innocent people in the occupied territory.

He appealed to world human rights bodies and peace loving civil society to pressure Modi-led fascist Indian government to stop the dance of death and destruction in Kashmir to save innocent and unarmed Kashmiris.