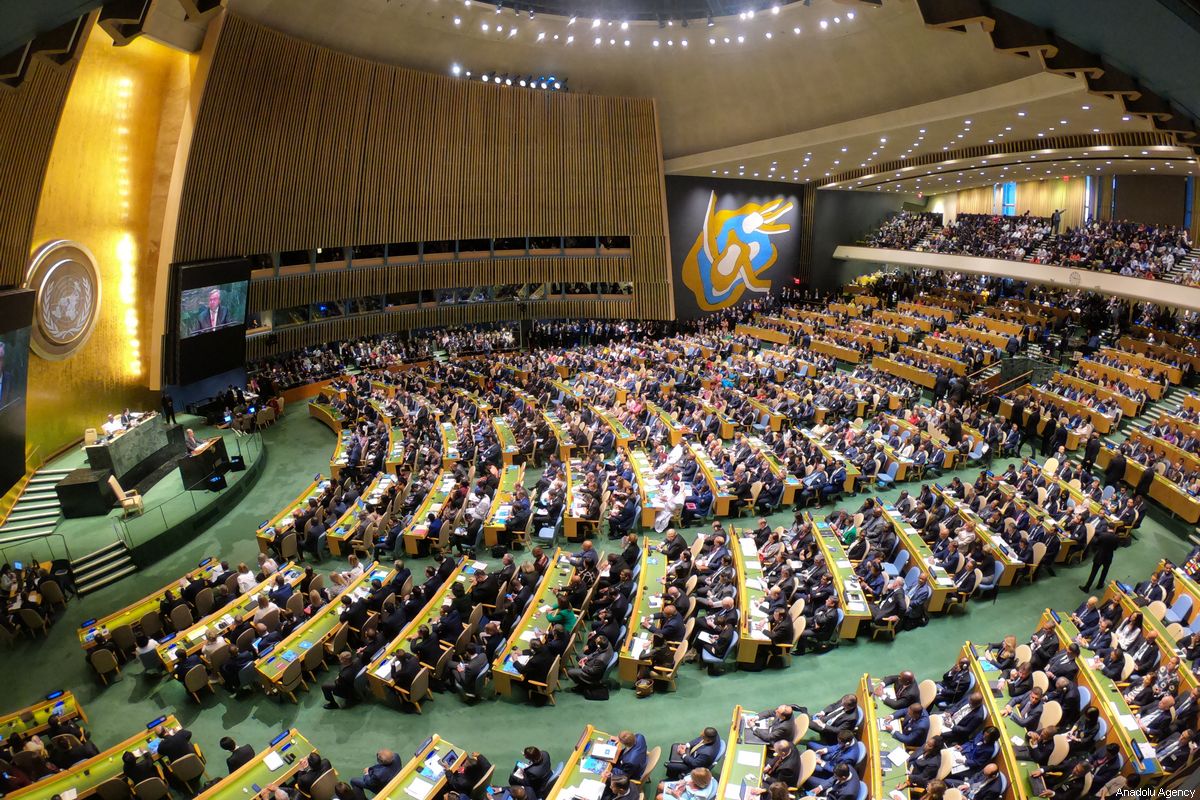 New York: The General Assembly body dealing with UN administrative and budgetary matters (Fifth Committee) had discussed and approved the budget this afternoon before the plenary voted on the financial plan, with 168 casting their ballots in favour, two against (Israel, United States) and no abstentions.

After more than four decades of biennium budgets in approving resources, 2021 marks the second time that the Organization is allocating funds in a one-year-fiscal cycle.

Secretary-General António Guterres had told the Fifth Committee that despite the pandemic and liquidity crunch, “our new processes and structures have proven instrumental in enabling us to remain open and function effectively…we are running this Organization from thousands of dining tables and home offices”.

“We worked together to build consensus, exercise prudence and flexibility, at a critical time in history”, General Assembly President Volkan Bozkir told the final plenary of the year.

He reflected on some of the 75 plenary meetings that were convened in the Assembly Hall, including the General Debate, Biodiversity Summit, 31st Special Session in response to the COVID-19 pandemic and high-level meetings on the 25th Anniversary of the Fourth World Conference on Women.

Mr. Bozkir observed that the Assembly’s performance throughout this difficult year was a testament to the high caliber of diplomacy practiced in the Hall, which also encompassed efforts to ensure a more gender-inclusive chamber.

“In 2020, the General Assembly continued to lead on the world stage and fully function, in order to implement its mandates…to meet the needs of the people we serve”, he said.

Discussing resolutions for the new year, the Assembly President urged the Member States to harness multilateralism to end the COVID-19 pandemic and “address the needs of those furthest behind first”.

He pushed for actions towards achieving the Sustainable Development Goals (SDGs), while ‘greening the blue’ and noted that despite the pandemic, “climate change continues to destabilize the world”.

Because the Assembly Hall is one of the few rooms in UN Headquarters with the capacity to facilitate social distancing, Mr. Bozkir upheld that it would continue to open its doors to UN bodies “to live up to our promise, to create the UN we need for the future we want”.

And finally, he encouraged the Ambassadors to create a better future by joining him in re-committing to the UN Charter and strengthening multilateralism.

“Our work here in the General Assembly requires us to recognize the great responsibility placed upon us by the people we serve”, he stated and called it “our solemn duty” to engage in constructive dialogue to pursue the UN’s noble goals of universal peace, human rights and sustainable development.healthreporters.info