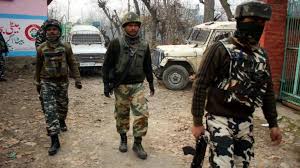 Srinagar: Indian Illegally Occupied Jammu and Kashmir (IIOJK) marred by killings, crackdowns, arrests, anti-India demonstrations and prolonged military siege the year 2020 happened to be the most brutal and agonizing for the oppressed and hapless people of the territory.

According to the data Indian troops in their unabated acts of state terrorism killed 263 innocent Kashmiris including 5 women and 11 teenagers during the year.

The data further showed that 8 of the martyrs were killed in fake encounters, extrajudicial operations and custody. Most of the martyrs were highly qualified youth. The killings rendered 13 women widowed and 29 children orphaned while 58 women were molested or disgraced by the men in uniform.

As many as 777 people were injured when troops used brute force on protesters and arrested 2,958 including Hurriyat activists, students and young boys during house raids and crackdowns.