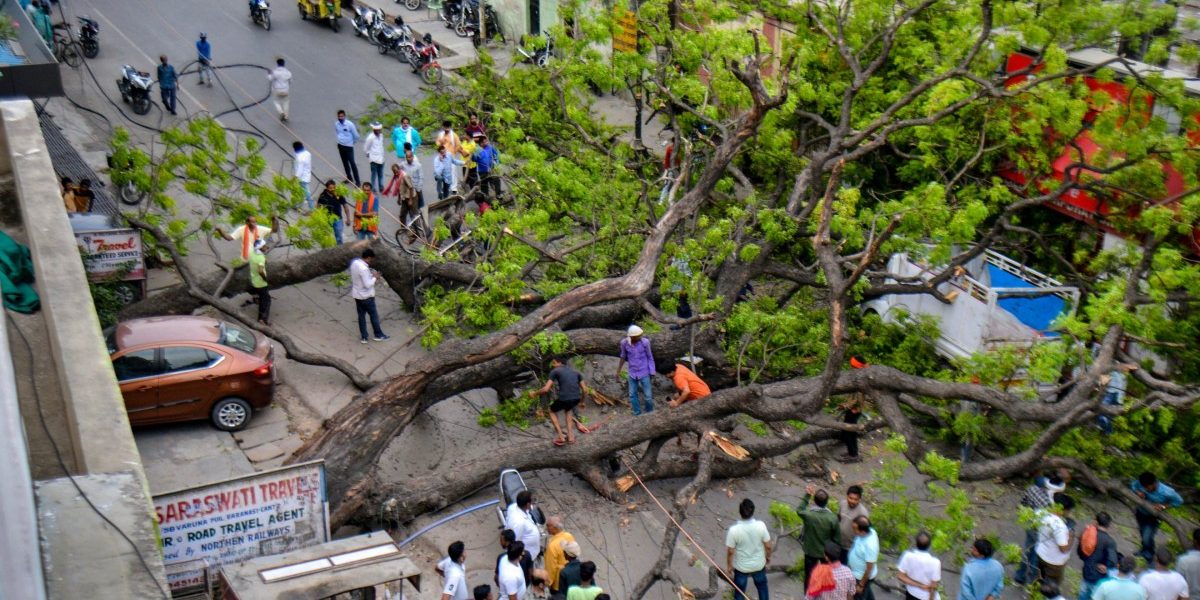 Lucknow: Thirty-nine people lost their lives and three were injured in various rain-related incidents in Uttar Pradesh in a day, the state government said.

Most of these casualties were due to dust storms, lightning, thunderstorms and drowning, it said.

“Owing to incidents of dust storms, lightning and thunderstorms and drowning in the state on May 23, 39 people lost their lives and three were injured. Three animals also died,” a statement from the Uttar Pradesh government mentioned.

Giving out details, the revenue department said four people each lost their lives due to drowning in Agra and Varanasi. A person each in Ghazipur and Kaushambi, and two people in Pratapgarh also drowned, it said.

Five lives were lost due to lightning one each in Aligarh, Shahjahanpur and Banda, and two in Lakhimpur Kheri district.

In incidents of dust storms, a person was killed each in Amethi, Chitrakoot, Ayodhya, Firozabad, Muzaffarnagar and Jaunpur, two people each in Varanasi, Barabanki, Ambedkarnagar, Ballia and Gonda, and three each in Kaushambi and Sitapur.

Uttar Pradesh chief minister has directed the officials concerned to give financial assistance of Rs 4 lakh each to the kin of the deceased, the statement said. The Wire