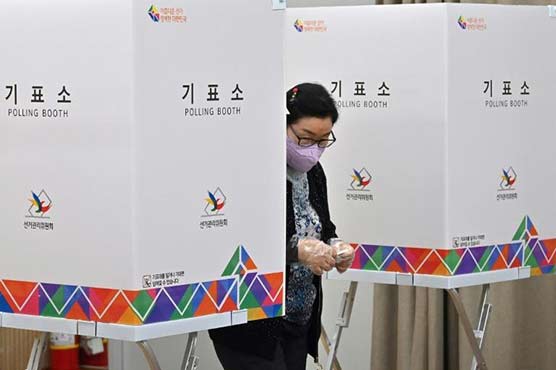 Seoul: Voters in Seoul went to the polls Wednesday to pick a successor to the mayor of South Korea’s capital, who took his own life following allegations of sexual abuse.

South Korea’s ruling Democratic party picked a woman candidate to defend his seat, but several of its top figures have lined up to defend late mayor Park Won-soon.

Female MPs have also privately denigrated Park’s accuser, in what campaigners say shows how low a priority the progressive party of President Moon Jae-in — who has called himself a feminist — puts on women’s rights.

A similar by-election was also being held in the country’s second city Busan, after its Democratic mayor was also accused of harassment and resigned.

But in January, the National Human Rights Commission confirmed he had committed sexual misconduct, and his victim told reporters last month: “If the (next) mayor is elected from the party that hurt me, I fear that I will not be able to return” to normal life.

Kwon Soo-hyun, president of Korea Women’s Political Solidarity, told AFP: “These people have absolutely no interest when it comes to gender issues and women’s rights.

“This problem will not get fixed simply by having a woman candidate for the by-election.”

With around a fifth of South Korea’s population living in Seoul, the vote is seen as a significant barometer of public opinion ahead of a presidential election next year.

Democrat candidate Park Young-sun, 61, a former journalist and four-term parliamentarian who has pushed for a 50 percent female legislature, had a mountain to climb as the polls opened.

The latest surveys from last week showed her around 20 points behind Oh Se-hoon of the conservative opposition People Power Party.

The capital’s soaring property prices have been a key issue in the election, with many young citizens despairing of ever being able to afford a home of their own, exacerbated by a corruption scandal at the state housing developer.

Analysts say voters have been disillusioned by the current administration, which came to power following peaceful candlelight protests that led to the impeachment of former president Park Geun-hye for graft.