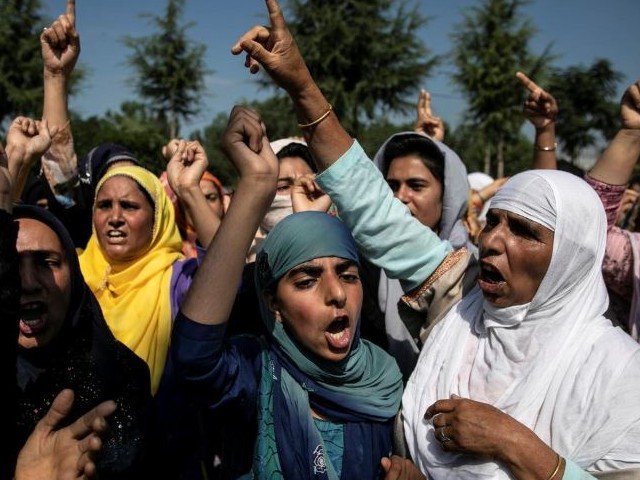 The horrible incident of mass rape of around hundred defenseless Kashmiri women On February 23, 1991 at Kashmiri villages of Kunan and Poshpora of Kupwara district by the armed barbaric Indian soldiers is, no doubt, a big slur on the face of India who fallaciously claims to be the biggest democracy in the world.

By any reckoning, the trauma and agony the Kashmiri women are going through is inexplicable. The Indian troops are numb to their cries. Ironically, those involved in the shameless incident still go scot-free while the victims await justice.

No one can afford to forget the terrible incident of Kunan-Poshpora as it even after passage of three decades still haunts the mind of humanity across the globe.

Let alone the Kunan-Poshpora incident , savage Indian forces incessantly continues to subject the Kashmiri people to rape, sodomy and electrocution of genitals to torture them to break their determination

Even though the Indian forces use rape as a weapon of war , the Kashmiri women of IIOJK have so far been successful in showing their resilience and resolve through decades against all odds and brutalities let loose by the Indian forces.

10 lakh soldiers & their presence signifies Kashmiri is an...

Unemployment high in India due to govt’s ‘ill-considered demonetisation decision’:...