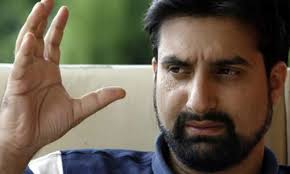 Anjuman Auqaf Jamia Masjid, said the minbar of the Jamia Masjid Srinagar – the centre of spiritual and religious thoughts for Muslims in Kashmir – is silent for the last 17 months. The silence of the minbar of the grand mosque which used to reverberate with the message of Allah Almighty and Prophet Muhammad (SAW) is painful for the Muslims of IIOJK who are craving for this deeply spiritual and religious centre to resume its functioning with the presence of the Mirwaiz, it said.

The Anjuman strongly criticizing the occupation authorities said, keeping Mirwaiz Umar Farooq under continued and arbitrary house arrest is hurting the sentiments of hundreds of thousands of Muslims of the Valley who have a strong spiritual and emotional bond with the pulpit of Jamia Masjid and the unique delivery of Waaz-o-Tableegh by their beloved Mirwaiz. Due to his continued detention, the social, religious and welfare activities associated with the institution of the Mirwaiz and carried out under his guidance are being greatly affected, it added.

The Anjuman further maintained that the continued detention of the Mirwaiz is unacceptable not only to the people but also to the fraternity of religious scholars in IIOJK, adding that all the religious, social and educational organisations have time and again called for his immediate release but unfortunately the occupation authorities remain unmoved.

The Anjuman once again demanded immediate release of the Mirwaiz so that he, like his predecessors, can resume the responsibilities the institution of Mirwaiz enjoined upon him.

Pakistan to continue support to Kashmiris till realization of right...