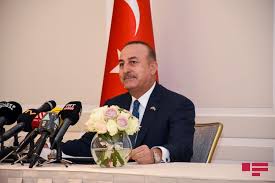 Srinagar: All Parties Hurriyat Conference (APHC) has appreciated the statements of foreign ministers of Turkey and Azerbaijan and the UK Minister for Justice regarding the worst kind of human rights violations by Indian forces in Indian Illegally Occupied Jammu and Kashmir (IIOJK).

In a statement the APHC Working Vice Chairman, Ghulam Ahmad Gulzar said that all the UN member states and the organization of the Islamic Cooperation (OIC) should jointly increase political and diplomatic pressure on India for a lasting solution to the Kashmir dispute.

He thanked the Foreign Ministers of Turkey and Azerbaijan for their bold statements on Kashmir during the second trilateral meeting held in Islamabad and said that the countries should work with Pakistan to resolve the lingering Kashmir dispute as soon as possible in accordance with the aspirations of the Kashmiri people.

The APHC Working Vice Chairman also strongly condemned the massive human rights violations by Indian troops in IIOJK. He said that killing of six innocent youths in fake encounters by Indian troops in Srinagar and Shopian was enough to shake the conscience of all humanity.

He further said that the recent statement of the British Minister for Justice on Kashmir was appropriate and timely.

Meanwhile, the Chairman of Jammu and Kashmir Islami Tanzeem-e-Azadi, Abdul Samad Inqilabi, in a statement issued in Srinagar also hailed the remarks of the Turkish Foreign Minister, Mevlut Cavusoglu, on Kashmir. He thanked the Turkish Foreign Minister for advocating settlement of the Kashmir dispute in accordance with the UN resolutions and the Kashmiris’ aspirations.

Top UN officials urge US to revoke blacklisting of Yemen’s...