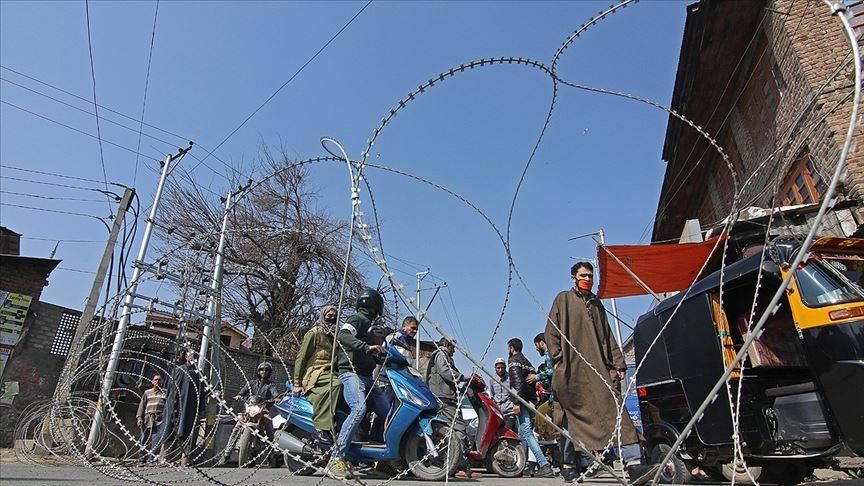 Srinagar: All Parties Hurriyat Conference has expressed serious concern over the plight of Kashmiris, detained by Modi-led fascist Indian government before and after August 5, 2019, and demanded their immediate and unconditional release.

All Parties Hurriyat Conference spokesman in a statement r said that thousands of Kashmiris including Hurriyat leaders, activists and youth are languishing in New Delhi’s Tihar, Kot Bhalwal, Jodhpur, Agra, Haryana and various other jails in India and the occupied territory. He said that the condition of Kashmiri prisoners in Indian jails was deplorable and they did not even have access to basic human rights.

The spokesman said that extremist Hindu jailers were subjecting the Kashmiri prisoners to inhuman torture and were not providing them with proper food and medical treatment. He said that the families of Kashmiri detainees were unable to meet their loved ones. He said that the repressive measures taken by the authorities against the Kashmiri prisoners were a serious violation of human rights and urged international human rights organizations to raise their voice against it.

He said that due to continued detention and worsening conditions of jails, the physical and mental health of most of the prisoners was deteriorating. He appealed to the United Nations and international human rights organizations to take note of the situation.

The spokesman said that the Kashmiris’ resolve for freedom could not be suppressed through such inhumane and undemocratic measures.

Meanwhile, a delegation of Jammu and Kashmir Tehreek-e-Muzahamat visited Fateh Kadal, Srinagar, to offer condolences to freedom activist Mohammad Shuja Wani on demise of his brother. The delegation was led by party General secretary Muhammad Saleem Zargar.  The deceased was often arrested and tortured by different occupational agencies for being a freedom lover.

ASIYA ANDRABI – A VICTIM OF INDIAN STATE TERRORISM IN...