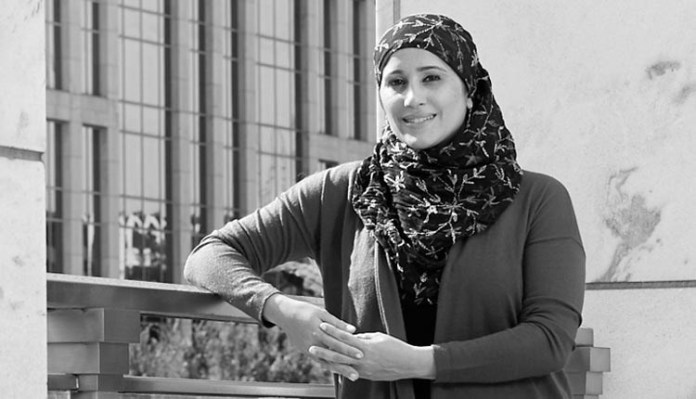 Islamabad: Kashmiri origin Sameera Fazili, who is the newly appointed Deputy Director of the National Economic Council of the Biden administration, has played an vital role in anti-India protests in the US over the Kashmir issue.

Sameera Fazili played a key role in one of the protests within four days of abrogation of Article 370 in August 2019. She supports ‘Stand with Kashmir’ (SWK), a Kashmiri diaspora-led international solidarity movement’. In August 2019, following the abrogation of Article 370, which granted special status to Indian illegally occupied Jammu and Kashmir, the Council on American-Islamic Relations (CAIR) introduced her as a member of SWK.

“We urge people of conscience to come out and show support and solidarity for the people of Kashmir as authoritarianism and Islamophobia rise around the world, from India to the United States to Europe. Come show your support for human rights, international law, and democracy,” Fazili had said then.

It is necessary to mention here that Fazili served as a senior policy advisor on the White House’s National Economic Council and as a senior advisor at the US Treasury Department in both Domestic Finance and International Affairs. Prior to that, she was a clinical lecturer of law at Yale Law School. Originally from Buffalo, Fazili is a graduate of Yale Law School and Harvard College. She also worked at Shore Bank, US first CDFI (community development financial institution) bank.

Meanwhile, Joe Biden has inducted a second Pakistani American, Salman Ahmed, into his foreign policy team. Ahmed, who served as head of strategic planning in the Obama National Security Council, is joining the US State Department as director policy planning. Ahmed was chief of staff of the US Mission to the United Nations and senior policy adviser to the US Permanent Representative to the UN.

Before joining the US State Department in 2009, Ahmed served as a visiting professor and research scholar at Princeton University’s Woodrow Wilson School of Public and International Affairs and worked for almost fifteen years at the United Nations, serving also as chief of staff for the Head of UN Peacekeeping Operations.