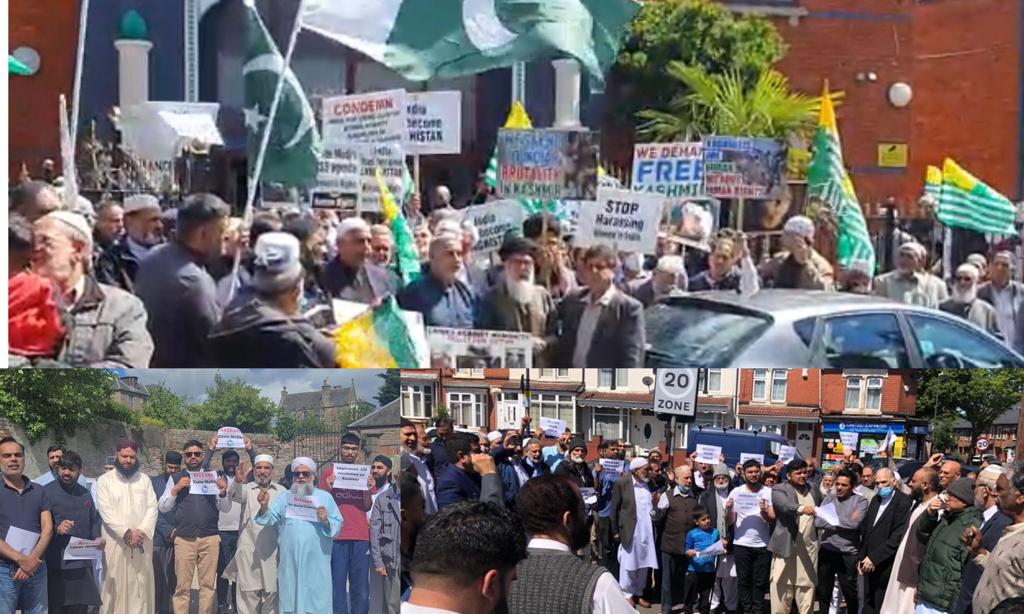 Fahim Kayani, president of Tehreek-e-Kashmir (TeK) UK, addressing demonstrators in Birmingham said that Kashmiris won’t be cowed down by the dirty tactics of the illegal Indian military regime in Indian Illegally occupied Jammu and Kashmir (IIoJK).

An Indian kangaroo court on May 25, 2022 wrongly convicted for life Esteemed Malik “for waging the war against Kashmiris.”

Kayani also presented a resolution regarding Malik, detailing his struggle for freedom of IIoJK

Fazal Ahmed Qadari , patron in cheif of  All Parties Kashmir committee addressing protestors in Derby said  “Until we get freedom for our beloved motherland, Kashmiris around the world will not sit down,”

Ch Fakhar Iqbal president of Tehreek-e-Kashmir Dundee Scotland  said at Kashmir rallly  in Dundee “Esteemed Malik is a beacon of light for freedom of IIoJK which is an inspiration for generations to come,”

“There is dire need for Kashmiri diaspora groups to come together and take up the cases of Kashmiri prisoners with respective governments and human rights defenders to pressure India to release them,” The TeK Leadership said. Web Desk

FM Bilawal thanks Iran for support to Kashmir cause