Conditions not conducive for talks with India: FM Qureshi 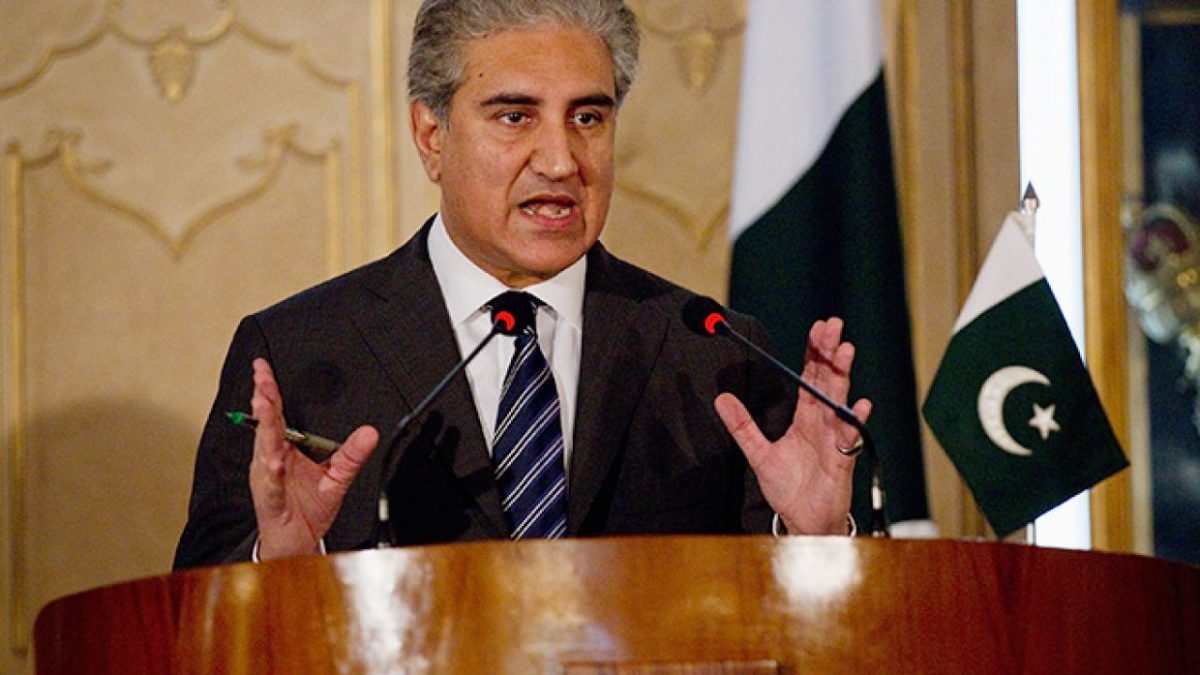 Islamabad: Foreign Minister Shah Mehmood Qureshi has said conditions are not conducive for talks with India due to its actions in occupied Kashmir.

“As far as dialogue is concerned, my honest opinion is that I don’t see the atmosphere for talks,” Mr Qureshi told reporters on Thursday.

He said some people desired talks to happen, but the situation in India-occupied Kashmir did not allow that. “Some people wish that [dialogue] to happen and some people keep dropping such hints. But in view of the situation in held Kashmir where restrictions are in place, communications blackout is continuing, fundamental rights have been trampled, freedoms are being denied, international observers are not allowed to go there, independent media is being denied access, what talks can be held,” he said.

The foreign minister said any such dialogue would not be productive. “It would be equal to holding talks for sake of talks. We don’t think that way,” he added.

Dialogue between Pakistan and India has been suspended since 2013. However, relations nosedived after India illegally annexed held Kashmir on Aug 5 last year and Islamabad downgraded relations with New Delhi.

Special Assistant to the Prime Minister on National Security Moeed Yusuf recently in an interview with Indian media disclosed that Delhi had sent messages to Islamabad with “a desire for conversation”.

India, however, rejected Mr Yusuf’s claim. External affairs ministry spokesperson Anurag Srivastava had said: “As regards the purported message, let me make it clear that no such message was sent from our side.”

Foreign Minister Qureshi said the way forward lay in India reviewing its “illegal and unilateral” decisions on occupied Kashmir. “Without doing so, dialogue would be useless,” he emphasised.

Commenting on FATF review of Pakistan’s progress on meeting deficiencies in its counter-terror financing and anti-money laundering regimes, shortly before the global illicit financing watchdog announced its decisions, Mr Qureshi said Indian had failed in its design of pushing Pakistan into blacklist.

He said the government and parliament had taken “solid measures” to meet the shortcomings. The world, he said, acknowledges the progress that Pakistan had so far made.

Regarding the provisional provincial status for Gilgit-Baltistan, the foreign minister said all steps would be taken in consultation with the relevant stakeholders. However, he added, nothing would be done that could comprise Pakistan’s stance on the Kashmir dispute.

Responding to a question about bringing back former prime minister Nawaz Sharif from Britain, Mr Qureshi said although Pakistan did not have an extradition treaty with the United Kingdom, the government had written to the British government to take action according to its own laws. He said Mr Sharif should morally return to Pakistan by himself.

Challenges to democracy and hopes for peace and justice in...