Subscribe Us
HomeArticleChallenges to democracy and hopes for peace and justice in Myanmar
Article, Information, NGO, Peace, Peace Promoters

Challenges to democracy and hopes for peace and justice in Myanmar 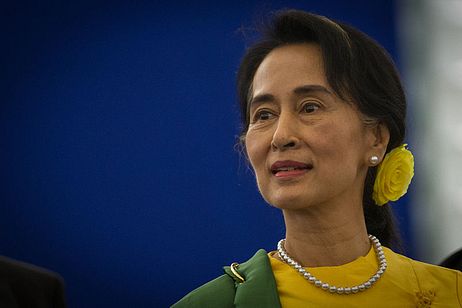 Millions trooped to the polls across Myanmar on November 8 to elect members of state and national parliaments. Although marred by some hitches, mainly the cancellation of balloting in many constituencies due to security issues, the overall election successfully surfaced the general sentiment of the people.

Last month’s polls were the third since regular elections began in 2010 under the 2008 constitution, and the first in over 50 years under a civilian government. Turnout was over 70 percent, which is about the same level as 2015, indicating the continued zeal of voters to decide on the crucial question of who runs the government.

Although its an essential feature, elections do not by themselves build democracy. Twelve years after having a new constitution and three regular elections, the military in Myanmar continues to have a solid grip on the country’s government.

No thanks to the 2008 constitution, up to a quarter of state and national parliaments are reserved for unelected members from the military, more known as the Tatmadaw. The constitution also vests the Tatmadaw with control of the ministries of defense, home affairs, and border affairs, and one of two vice presidential seats.

Although the commander-in-chief of the Tatmadaw is chosen by the president, the function is almost ministerial as the 11-member National Defence and Security Council — six members coming from the military — nominates the candidate and approves the appointment.

By design, the Tatmadaw is an institution by itself that is not even nominally accountable to the country’s civilian leadership, hence many commentators describe Myanmar as having a dyadic government.

The military also used to control the civilian government through its political proxy, the Union Solidarity and Development Party (USDP), which dominated the 2010 polls. The situation changed in 2015, however, as the National League for Democracy (NLD) swept into power with a landslide win, a feat it repeated last month.

Led by State Counsellor Aung San Suu Kyi, NLD took 80 percent of the contested seats on November 8, and gained commanding control of the bicameral national parliament that elects the next president. The NLD’s overwhelming victory further marginalized the once mighty USDP; from 41 seats in 2015, it captured only 30 in the recent polls. Aung San Suu Kyi has faced widespread international criticism that she has turned back from her democratic credentials by pandering to the Tatmadaw on issues ranging from freedom of the press to the military’s policy in dealing with the Rohingya and other ethnic minorities.

The NLD should be expected to continue democratization initiatives — and must be held to account — as it embarks on a fresh term this coming March. Already, the NLD has scored a major victory in the civilianization of the bureaucracy by taking the General Administration Department, which is a civil service body, out of the military-controlled home affairs ministry.

One key challenge in Myanmar’s journey toward  democracy is building a truly federal arrangement that addresses the self-governance aspirations of the country’s ethnic nationalities that were long expressed in the so-called Panglong process. Such an effort, when done in earnest, will help end decades of armed resistance by ethnic revolutionary organizations.

Through adroit diplomacy, the country’s next set of civilian leaders must navigate a complex web of personalities, political and cultural sensitivities, and the military’s often intransigent stance on issues related to the peace process. But as the elected representatives of the people, the country’s civilian leadership must have primacy in instituting a process of building political consensus toward peace.

Beyond the peace process, the NLD must use its existing political space to empower ethnic peoples. For one, it must allow them to lead state governments so they can exercise a degree of self-determination. The NLD must also rethink relations with ethnic political parties which, by the NLD’s sheer dominance, were marginalized in the vote — depriving them of greater participation in government.

Building a truly federal union and overturning the military’s anomalously entrenched role in government would require changing the constitution. Here, proponents need to garner at least 75 percent of votes in the national parliament and, depending on which portion is amended, to gain a majority vote in a plebiscite.

Toward this end, the NLD and ethnic parties can collaborate in the future to defeat the USDP and upend the military’s hold and role in government, so that they can muster that 75-percent support.

Finally, the incoming government must end the systematic displacement of the Rohingya people from their homes and communities in Rakhine state. The same goes for other ethnic peoples in states such as in Kachin and Shan. The Diplomat

Conditions not conducive for talks with India: FM Qureshi