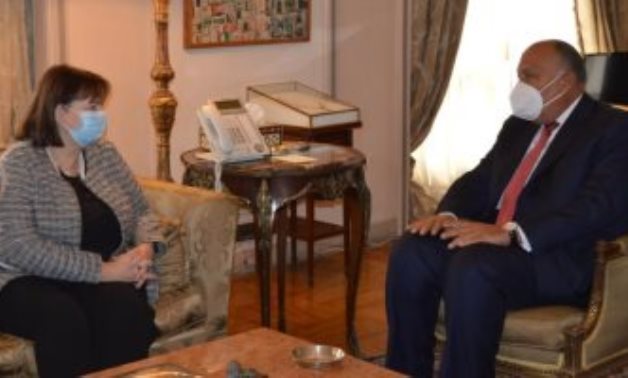 Minister Shokry underlined that Egypt’s endeavors and communication with both sides are aligned with international law and the UN Security Council resolutions. The latest of those is the meeting of the FMs of Egypt, Jordan, France, and Germany to push forward negotiations with the aim of reaching a settlement that would achieve the two states solution for that a Palestinian state is established having Eastern Jerusalm as capital.

With regard to aspired reconciliation among Palestinian factions, Minister Shokry displayed Egyptian efforts on that front. He also expressed confidence that the EU will continue backing the Palestinian Cause and the United Nations Relief and Works Agency for Palestine Refugees in the Near East (UNRWA).

On the other hand, the EU Special Representative for the Middle East Peace Process presented the outcome of communications with concerned parties, and the EU’s vision on reviving negotiations between the Israeli and Palestinian sides.

Terstal praised the role played by Egypt in the peace process in the Middle East and the level of existing coordination between Egypt and the European Union on peace affairs expressing hope that cooperation and consultation will persist.Egypttoday.com