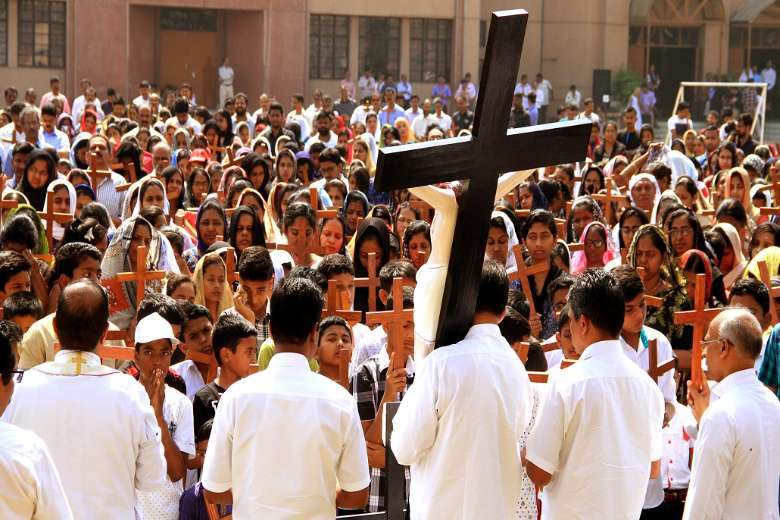 Chattisgarh: Eight Christians were injured and hospitalized when Hindu radicals attacked them and accused them of religious conversion in the central Indian state of Chhattisgarh.

More than 150 Christians were praying in a house church on March 8 in Dantewada district when the Hindus attacked them with axes, stones and wooden clubs, injuring several of them, local media reported.

“We heard on March 9 about the attack on Christians who belong to the Pentecostal church in Dantewada district. As of now the police have not filed a first information report because most of the time they try to solve the problem amicably,” Bishop Joseph Kollamparampil of Jagdalpur told UCA News on March 14.

“This is a communally sensitive area, so the administration tries to handle the situation carefully and avoid creating any communal tension in the area.

“There are several reasons Christians are attacked in that particular area and one of the main reasons is both the parties try to provoke each other. Both Christians and Hindus should respect each other to avoid the unnecessary situation.

“There are more than 70 denomination churches in the area and we have no control over them. We have a united Christian forum, a platform where all Christian leaders come and share their views and discuss things, and I hope this will help us clear our differences.”

According to media reports, a mob of 30, led by a local radical leader named Ando Guddi, attacked a house church where more than 150 Christians had gathered for worship on March 8. The mob claimed the Christians were involved in illegal religious conversions to justify their attack.

During the commotion many Christians were injured, including eight who sustained serious injuries and required hospitalization. The mob also burned a motorbike and several bicycles belonging to the Christians.

“There is an attempt by the local politicians to divide people on religious lines, and it is not the first such incident reported in this area,” a local Christian told International Christian Concern (ICC), a persecution watchdog.

“The police and the administration do not help the local Christians as they do not even file a first information report.”ucanews.com