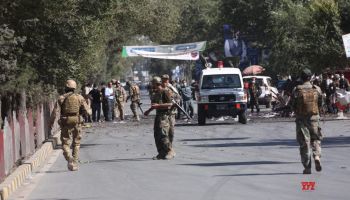 In the fighting involving hundreds of Taliban militants and lasted for three hours, 10 armed insurgents were killed and five others injured, he added.

A statement issued later in the day by the Defence Ministry said that the government forces backed by fighting planes struck the militant group’s hideouts and positions in Arghandab, Panjway and Dand districts of Kandahar province, the birthplace of the Taliban.

The security forces killed 62 militants, while 23 others were injured, the Ministry said in the statement.

No meeting has been held between the Afghan Republic and the Taliban negotiators in Doha over the last 19 days after the peace talks resumed between the two sides on January 5 following a break.

The Afghan peace talks, which started on September 12, 2020, following the US-Taliban peace deal inked last February to end the war, has made little progress to achieve the goal. Xinhua