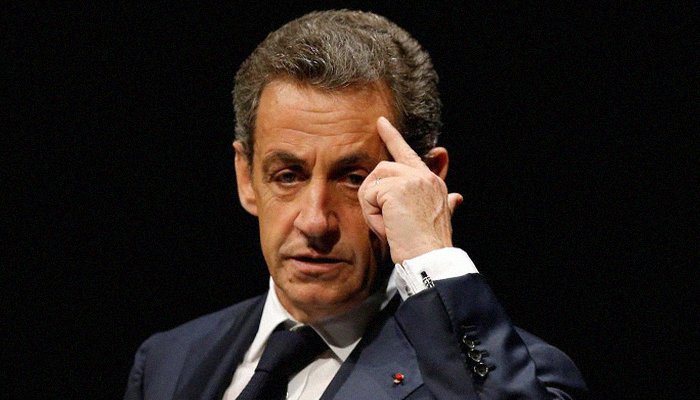 PARIS: A court in France on Monday found former president Nicolas Sarkozy guilty of corruption, handing him a three-year prison sentence in a ruling that deals a major blow to any lingering political ambitions.

The three-year jail sentence includes two years as suspended and the remaining one can be served at home with an electronic bracelet, the court ruled, meaning that the 66-year-old Sarkozy would not end up behind bars over this case.

The judge found the ex-president had formed a “corruption pact” with his former lawyer and friend, Thierry Herzog, in order to convince a judge, Gilbert Azibert, to obtain and share information about a legal investigation.

“The facts for which Nicolas Sarkozy is guilty are particularly serious having been committed by a former president who was the guarantor of the independence of the judiciary,” the judgement read.

Nicolas Sarkozy, a one-term president from 2007-2012, announced an appeal several hours after the verdict, with his lawyer calling the findings “extremely severe” and “totally unfounded and unjustified”.

The conviction sets a new low-point in the tumultuous political career of the right-winger who remains a dominant political figure in France, admired by fans for his tough talk on crime and immigration.

It is also likely to undermine any attempted comeback to frontline politics — an ambition he has denied but which has been promoted by many supporters ahead of 2022’s presidential election.

Wearing a dark suit and tie, Sarkozy showed no emotion as the sentence was read out and he left court without commenting to waiting journalists.

“What a senseless witchhunt, my love Nicolas Sarkozy,” his wife, former supermodel and singer Carla Bruni, posted on Instagram, next to a picture of the couple embracing.

“The fight goes on, the truth will come out. #injustice,” Bruni added.

Only one other modern French president, Sarkozy’s political mentor, Jacques Chirac, has been convicted of corruption.

Chirac, who did not attend proceedings in 2011 due to ill health, received a two-year suspended sentence over the creation of ghost jobs at the Paris city hall to fund his party when he was mayor.

The verdict on Monday was based on extensive wiretaps of private conversations between Sarkozy and his lawyer in 2014 during which they discussed helping a judge, Gilbert Azibert, obtain a desirable job in Monaco. Reuters

India topped list of 29 countries that blocked internet in...