France pushes for Libya peace and a roadmap for December elections 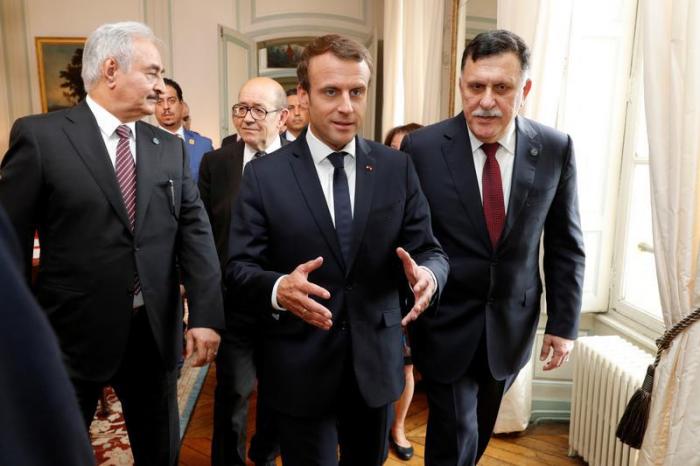 Paris: France reopened its embassy in Libya this week after a seven-year closure, following a decade of insecurity after the fall of General Moamer Khadhafi in the 2011 revolution. As the country gears up to hold elections in December, will international powers with ambitions to gain influence in Libya’s future help or hinder the new government of national unity?

After being targeted in an April 2013 car bombing that wounded two gendarmes, the French embassy to Libya was relocated to Tunis in July 2014, along with many other foreign missions.

The French diplomatic mission resumed operations behind a tall compound wall in a new building on the outskirts of Tripoli.

Libya specialist Mary Fitzgerald says that the reopening is hugely important and very symbolic. “There’s a mood of optimism internationally about recent events in Libya, where a new unity government has has formed to oversee the preparations for elections that are scheduled to take place in December,” the researcher told RFI.

The move comes after European foreign ministers from Italy, France and Germany made a joint visit to Tripoli which Fitzgerald says was remarkable “given the disunity between European member states with a vested interest in Libya.”

“For the most part, you have the perception that France has sided with, and supported, one of the key belligerents in the conflict in Libya over the last seven years – Khalifa Haftar,” says Fitzgerald.

“That really undermined a unified European position. And France has a lot of work to do to regain the currency it had in Libya and repair its image problem because of its perceived support for Khalifa Haftar,” she adds.

She reminds us that Haftar is the man who launched an offensive to capture Tripoli from the then internationally recognized government just days before a United Nations dialogue meeting was due to take place in April 2019.

“He failed in that offensive, he failed in his war,” she says, “and France is left having to repair the damage of the perception that it supported Haftar – that’s a strong perception in Libya.”

Most diplomats and other foreigners left the country after repeated attacks and kidnappings, notably an Islamist assault on the US consulate in the eastern city of Benghazi in September 2012 that killed ambassador Chris Stevens and three other Americans.

Fighting only came to a halt last summer, and a formal ceasefire in October was followed by the establishment of a new Government of National Unity, led by interim Prime Minister Abedlhamid Dbeibeh. RFI.fr

Progress on UN action for peacekeeping

The exclusion of women’s voices from Afghan peace talks remains...