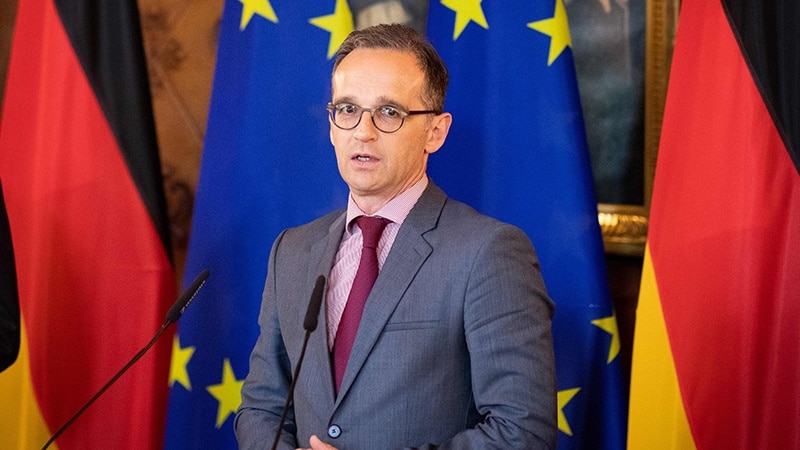 Berlin: German Foreign Minister stated that the exit of international forces from Afghanistan should be related to the success of Intra-Afghan Talks, German media outlets reported.

In an event organized by Die Zeit and media outlets, German Foreign Minister, Heiko Maas said Tuesday, foreign troops full drawdown should be tied to progress in peace negotiations rather than “slavishly” bound to the May month as per the US-Taliban agreement, and that the pullout of foreign troops in the war-torn country shouldn’t be based on-time deadline.

“We must couple both processes, the withdrawal of foreign forces with the peace negotiations. We don’t have to hang on slavishly to the date of the end of April…”, AP quoted Maas.

Maas said, “Our fear is that the Taliban could use this as a reason to leave the peace talks and seek a military solution”.

“So our approach is to say that we must couple both processes, the withdrawal of foreign forces with the peace negotiations,” Maas added, “We don’t have to hang on slavishly to the date of the end of April — these things must be linked and when the peace negotiations are concluded successfully, the time will have come to withdraw foreign troops”.

According to mass, an agreement should be sought with the US, Afghan government, and the Taliban.

The US-Taliban agreement obliged foreign troops to fully withdraw by the end of April 2021, and that the agreement is being reviewed by the Biden administration.

The new American administration after Trump indicates that the Taliban has not honored their commitments to reduce violence.

This comes in a time when violence has raged in the country despite the Afghan peace process and negotiations, and concerns grew further as talks stalled.

Germany is the second-largest troop contributor to NATO missions in Afganistan, after the United States. AP

The women, peace and security update