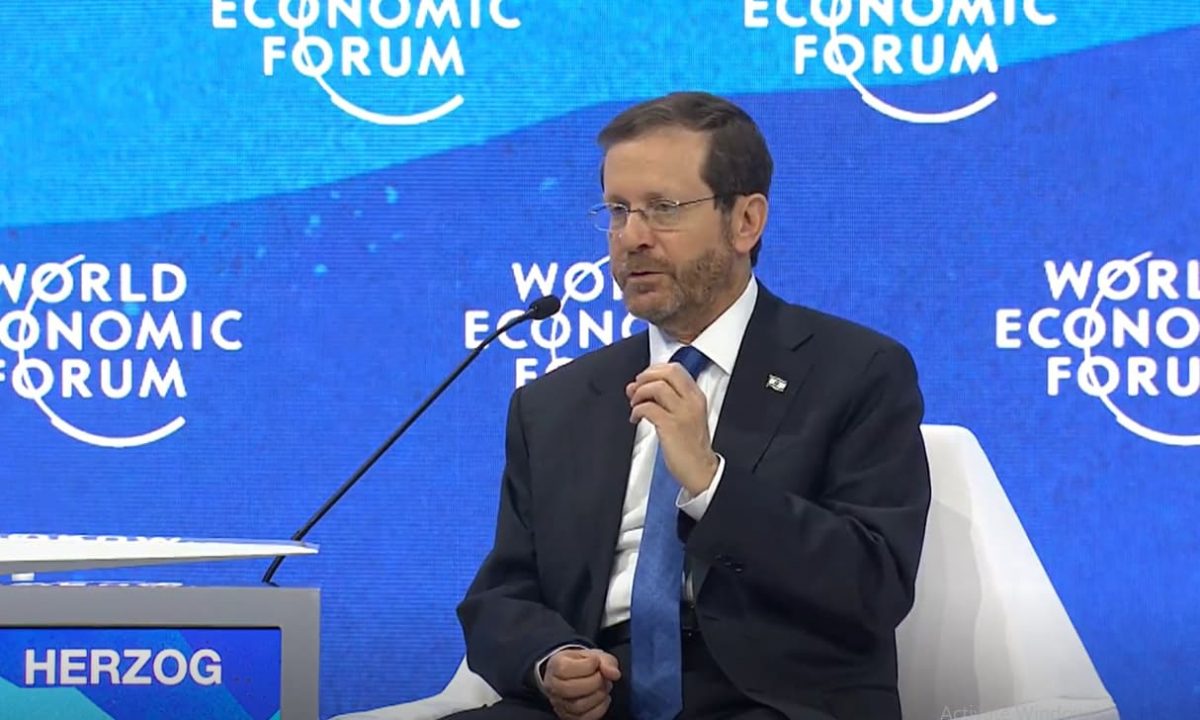 Davos: Israel President Isaac Herzog has said that he recently received a delegation of Pakistani-Americans, calling it an “amazing experience” and referring to it as an example that showed him “great change” vis-a-vis Israel’s ties with the Muslim world.

Herzog delivered these remarks during a special address at the annual World Economic Forum (WEF) meeting on May 26 in Davos, Switzerland, while talking about the Abraham Accords — a deal brokered by the United States in 2020 which saw normalisation of relations between Israel, the United Arab Emirates (UAE) and Bahrain.

“The Abraham Accords are giving a lot of yield. How would you see this for enlarging the scope of cooperation?” asked WEF President Børge Brende.

“I’ll tell you, you know, we are seeing it in all levels of life. Not speaking about just mere visits. We are seeing interest on all economic, scientific, innovation levels but I will tell you more about the personal feelings,” the president replied.

Herzog said that he had received two delegations last week which showed “the great change”.

“One was a delegation of young opinion-makers from Morocco who have aligned on Facebook with an Israeli [group]. They both came and sat with us for an hour and it was just amazing to listen to the experience of breaking barriers and moving forward and intertwining with each other,” he said.

The next day, Herzog said, he received a delegation of Pakistani expats who lived in the US “together with other members of other countries in their region”.

“And I must say this was an amazing experience. We haven’t had a group of Pakistani leaders in Israel in such scope. And that all stems from the Abraham Accords, meaning Jews and Muslims can dwell together in the region […].”

Although Herzog did not mention details about the Pakistanis he met, Sharaka — an Israeli non-government organisation (NGO) — had organised a visit of a Pakistan-American delegation to “promote peace in the Middle East”.

“For just and lasting peace, it is imperative to have a two-state solution in accordance with relevant United Nations and Organisation of Islamic Cooperation resolutions, with the pre-1967 borders and Al-Quds Al-Sharif as capital of a viable, independent and contiguous Palestinian State,” the Foreign Office had said at the time.

However, the two countries have long maintained undeclared contacts at a lower level and the only known interaction took place on Sept 1, 2005, between the then foreign minister Khurshid Kasuri and his Israeli counterpart Silvan Shalom. Dawn

Umar Khalid’s speech in bad taste, but not terror act...