Half of Indian Army under stress: Indian think tank 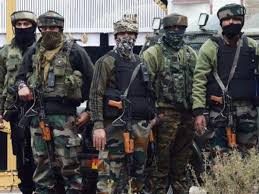 New Delhi: A leading Indian think tank United Services Institution (USI) has revealed that every year, the Indian Army loses its personnel to suicides, fratricides and untoward incidents and in the past two decades, there has been a significant increase in the stress levels of the troops.

The New Delhi-based think tank in its findings says that at present, more than half of the Army seems to be under severe stress. Among the Junior Commissioned Officers and soldiers, the study identifies reasons including delay and denial of leave, excessive engagements, domestic problems, humiliation by seniors, lack of dignity, unreasonable restrictions on the use of mobiles, lack of recreational facilities, conflict with seniors as well as subordinates, health problems, inadequacy of train reservation, inefficient administrative support, financial problems, lack of transparency in promotions, delay in crediting of financial claims and poor quality of rations.

Meanwhile, according to a report compiled by Research Section of Kashmir Media Service, 486 Indian troops and police personnel have committed suicide in Indian illegally occupied Jammu and Kashmir since January 2007. The report says that hundreds of other Indian soldiers have lost their lives in the incidents of fratricide in the occupied territory. The report maintains that the level of frustration is very high among the Indian soldiers due to posting for longer period in IIOJK away from family, denial of leaves and insulting behaviour of officers. It adds that the guilt of killing, arresting, torturing and committing other atrocities on innocent Kashmiris without any reason is one of the causes of such extreme steps by the Indian forces’ personnel.

Indian troops launched cordon and search operations in Kupwara and Shopian districts, subjecting the residents to huge inconvenience amid severe cold. The troops cordoned off Devar Lolab area of Kupwara and launched house to house searches. The troops laid a siege around a Mohalla in Shopian town, yesterday, and extended it to several other areas, today. The military operations continued till last reports came in.

On the other hand, Jammu and Kashmir Mass Movement Parton, Farida Bahenji, and Chairman, Molvi Bashir Ahmed at a function organized by the party in Srinagar paid rich tributes to prominent liberation activist, Sajjad Ahmad Kenu, on his 25th martyrdom anniversary. Indian forces martyred Sajjad Ahmad Kenu of Islamabad town on this day in 1996. Farida Bahenji maintained that the Kashmiri people will not allow the blood of their martyrs go waste and would accomplish their mission at all costs.

Madrasa Islamia Arabia Dar-us-Salaam was gutted in a massive blaze that broke out at Baghwanpora in Noorbagh area of Srinagar, last night. KMS