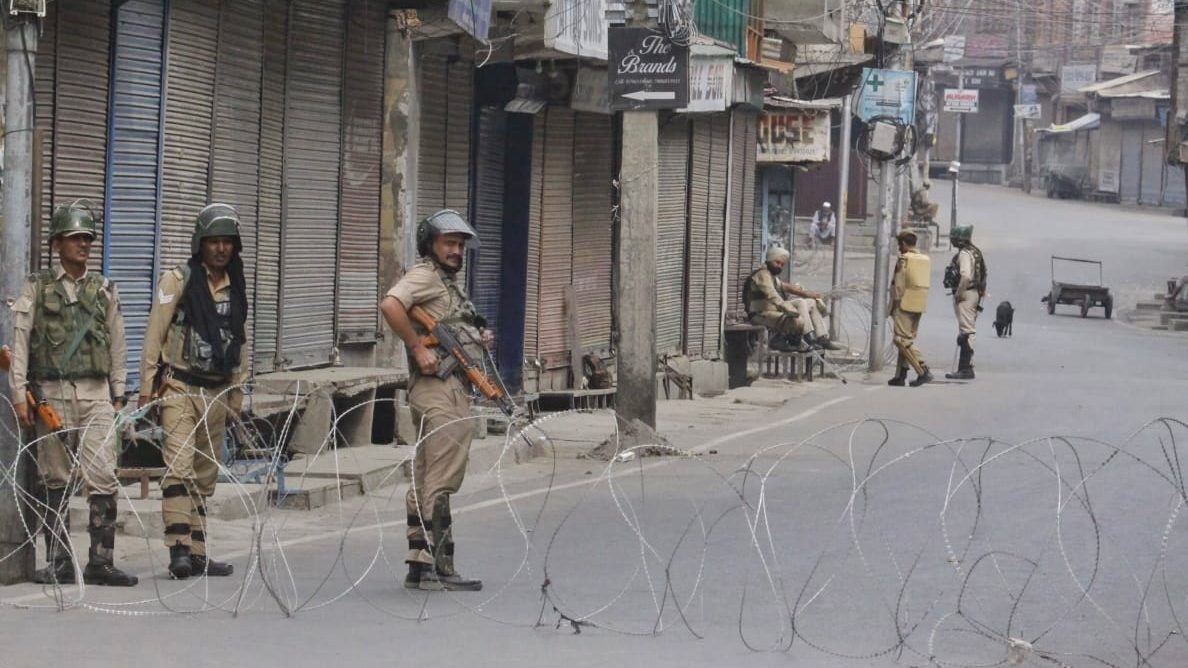 Srinagar: The people of Indian Illegally Occupied Jammu and Kashmir (IIOJK) continue to suffer immensely due to the unrelenting military siege and harsh restrictions imposed by Narendra Modi-led Indian fascist government on August 05, 2019.

According to a report, India is following Israeli model of repression in IIOJK. It said Indian forces’ personnel are using pellet firing shotguns to kill and maim the Kashmiris.

“Since the mass uprising triggered by the extrajudicial killing of popular youth leader, Burhan Wani, on 08 July in 2016, Indian troops have caused injuries to 29,436 people by firing pellets, bullets and teargas shells on protesters. During this period, more than 11,400 people suffered pellets injuries and over 140 of them lost eyesight in both the eyes and 210 in one eye while vision of over 2,000 victims was damaged partially,” it added.

The report further said, draconian laws such as Public Safety Act (PSA) are being employed for arbitrary detention of the people in IIOJK. Even Human Rights Watch in its latest report has confirmed that scores of people were detained without charge and critics threatened with arrest in IIOJK, it said.

The report pointed out that the UN human rights experts have also voiced concern over Indian unilateral moves post August 2109. “The UN experts have said there are concerns that demographic change on a linguistic, religious and ethnic basis is already underway in IIOJK,” it said.

The report maintained that Indian occupational forces were committing serious human rights abuses in IIOJK under the cover of Armed Forces Special Powers Act (AFSPA), which grants them impunity for their brutal actions. “Indian troops are killing the Kashmiri youth on daily basis but still getting off scot-free because of laws like AFSPA. The troops killed 3 Kashmiris during a so-called cordon and search operation in Badigam area of Shopian, yesterday,” it added.

The report said the Indian authorities are suppressing media and harassing journalists under a vague and abusive media policy introduced in June 2020. “The media policy 2020 gives the Indian authorities broad powers to take punitive actions against media outlets and journalists in IIOJK. HRW in its report also mentioned that Indian government continues to clamp down on journalists and rights activists by bringing politically motivated charges against them in the territory,” it said.

Rihanna, Trevor Noah and more stars “Stand in Solidarity” with...