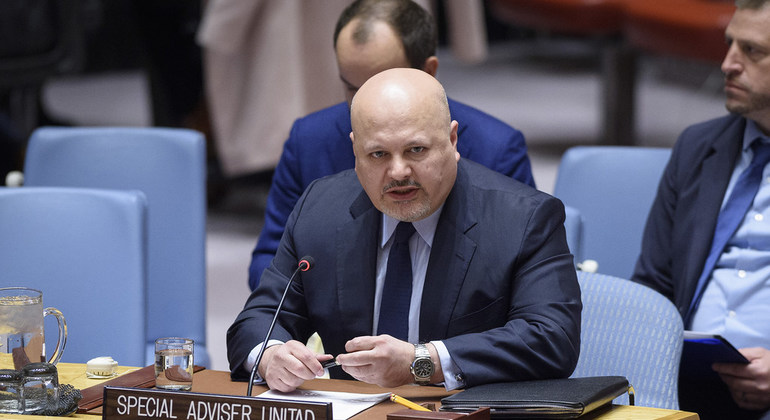 New York: More than 120 countries elected British lawyer Karim Khan as the next prosecutor of the International Criminal Court (ICC), one of the toughest jobs in international law because the tribunal seeks justice for the world’s worst atrocities – war crimes, crimes against humanity, and genocide.

Khan, 50, who led a United Nations probe into atrocities by the ISIL (ISIS) group, won on a second round of voting at the UN in New York on Friday with support from 72 nations, 10 more than the 62 needed.

His election on the second secret ballot by the 123 parties to the Rome Statute that established the court ends a drawn-out and divisive process to replace Fatou Bensouda when her nine-year term expires in June.

Khan, who has specialised in international criminal law and international human rights law, was widely seen as the favourite to get the job. But neither he nor any of the other candidates garnered enough support to be appointed by consensus, prompting Friday’s election in the UN General Assembly Hall.

Al Jazeera’s James Bays, reporting from the UN headquarters in New York, said it was the first time since the ICC started work almost 20 years ago that the 123 countries that are part of the court elected the new chief prosecutor after a candidate could not be agreed by consensus.

Although this is an independent legal position, Bays said, everything about the ICC “ends up being politically charged”.

“A number of his early decisions are bound to be controversial, whichever course he takes.”

Following Khan, Fergal Gaynor of Ireland was second with 42 votes followed by Spain’s Carlos Castresana Fernandez with five votes and Francesco Lo Voi of Italy with three votes. One member did not vote.

Khan, who has the rank of a UN assistant secretary-general, has also worked as a prosecutor at the tribunal prosecuting war crimes in former Yugoslavia and crimes against humanity and genocide in Rwanda.

He is no stranger to the ICC, having acted as a defence lawyer for Kenyan Deputy President William Ruto and persuading judges to throw out prosecution charges against his client. Gaynor acted as a legal representative for victims in the Ruto case, which focused on post-election violence.

Khan also served as counsel for Saif al-Islam Gaddafi, the son of the late Libyan leader Muammar Gaddafi, who is still being sought by the ICC on charges of crimes against humanity.

“Karim Khan’s election as prosecutor is occurring at a time when the ICC is needed more than ever but has faced significant challenges and pressure on its role,” said Richard Dicker, international justice director at Human Rights Watch. Al-Jazeera