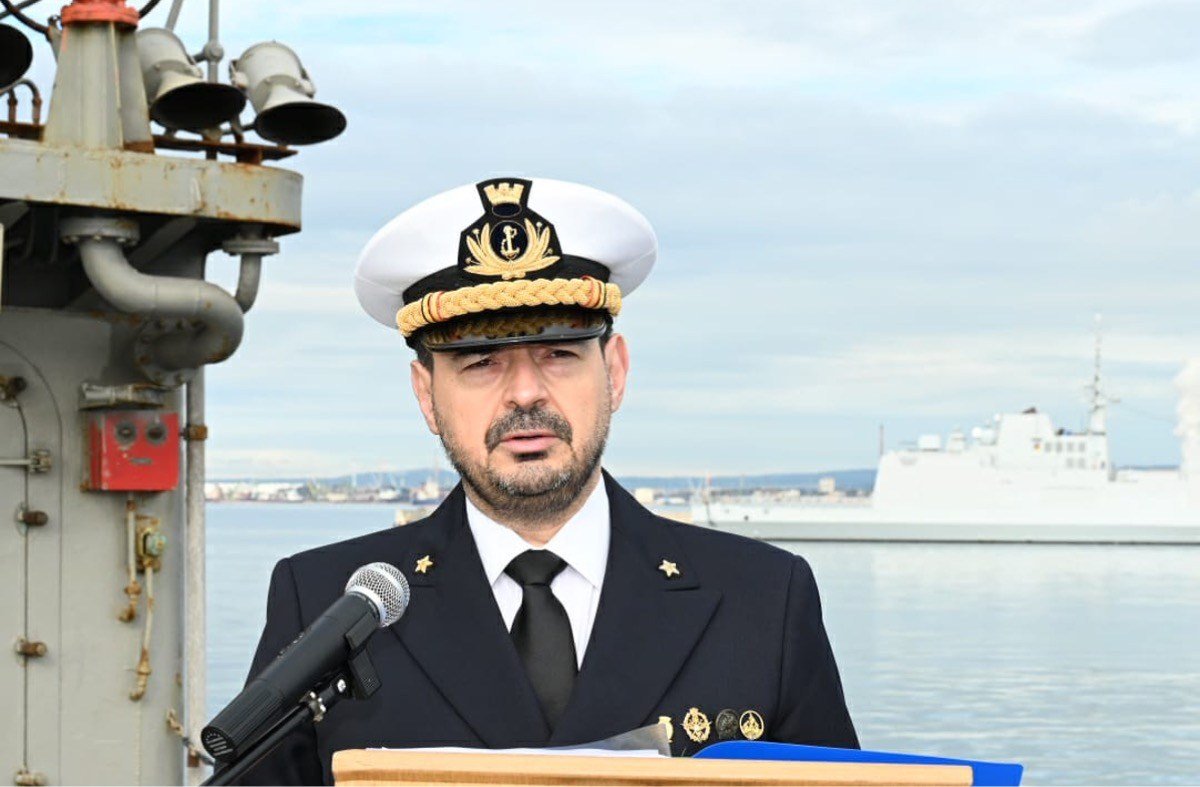 In an interview with MEMO, Commander of Operation IRINI Rear Admiral Fabio Agostini disputes the criticism that the operation fails to effectively enforce the arms embargo imposed on Libya by the United Nations Security Council (UNSC), aiming to limit foreign interference in the country’s internal conflict.

On the contrary, the Italian admiral asserts: “In ten months of activity, Operation IRINI has demonstrated its effectiveness and impartiality [in] implementing the UNSC’s arms embargo throughout its area of operations, regardless of the actors involved.”

Operation IRINI was launched after the previous European Union Naval Force operation, code-named Operation Sophia, ended in March 2020. While Operation Sophia focused on illegal migration out of Libya, IRINI is tasked with enforcing the UN arms embargo and fighting trafficking out of the country.

UNSC Resolution 1970 (2011) prohibits arms sales to conflict-ridden Libya, which is still in chaos following the 2011 civil war. While, Resolution 2292 authorises off-shore inspections and diversions of vessels suspected of violating the embargo.

Agostini thinks that such critics fail to appreciate that IRINI lacks certain resources while operating in areas “as large as the UK”. The current COVID-19 pandemic further hampered operationality and the lack of “important cooperation [from] relevant stakeholders such as the US and NATO” is another problem the admiral says – a clear indication that neither NATO nor the US is doing enough to help Libya following their role in destabilising it.

In 2011, NATO launched a seven-month air campaign that toppled the government of the late Muammar Gaddafi, plunging Libya into perpetual war.

At one point, the European Union (EU) appeared divided over how best to handle Libya, as shown by the bitter quarrel between France and Italy, both EU members. But Agostini believes that the bloc is now united. He points to the Berlin Conference on Libya, in January 2020, in which the EU spoke “with [one] voice”.

Admiral Agostini considers that IRINI’s success is backed by facts, as his force has so far investigated some 1,700 merchant vessels, 150 suspected flights and 16 ports, while monitoring 25 airports. In one case, a cargo of jet fuel destined for eastern Libya had been confiscated.

In accordance with the UNSC resolutions and IRINI’s mandate, Agostini indicates that his team has issued “18 reports” since taking over last March. Such reports are submitted to the UN’s Libya Sanctions Committee, which should submit their specific recommendations to the UNSC for further action against embargo violators.

However, the UNSC has so far failed to penalise violators supplying arms and foreign fighters to the country, while trafficking humans and commodities out of Libya.

Turkey, the main supplier of fighters and weapons to the Government of National Accord (GNA) in Tripoli, has repeatedly criticised IRINI for not being “objective”. Agostini, while refusing to be drawn into political issues, emphasises that IRINI is not “against anyone or any country” but pursuing “all violations” he explains, reminding critics of the fact that the UNSC resolutions apply to all UN member states.

On 5 January, UN Chief Antonio Guterres recommended sending observers to Libya to monitor the ceasefire in place since October. On the same day, a new unity prime minister for Libya was voted in after UN-led marathon talks in Geneva.

I asked Admiral Agostini whether IRINI could help with monitoring the truce. He did not reject the idea, but thinks that such role expansion is not currently “foreseeable”. It would also require an agreement between the UN, the EU and Libyan authorities.

The EU, since 2011, has been running another mission, the EU Border Assistance Mission in Libya (EUBAM), helping Libya control its borders and stem the flow of trafficking and illegal migration. Natalina Cea, a veteran Italian civil servant, has been appointed to lead EUBAM. Does Agostini see possible cooperation between the two EU missions? In response, he confirms that both missions “are already cooperating.”

The GNA’s Coast Guard benefitted from training programs during Operation Sophia’s years, but that agreement has not yet been renewed with IRINI. Admiral Agostini visited Tripoli last November to solve this matter. He notes that some progress “has been made, but the issue is still outstanding.”

The Libyan Coast Guard has been repeatedly accused of involvement in human trafficking out of Libya, and not doing enough in terms of the search and rescue of illegal migrants making the dangerous journey to Europe. However, the admiral insists that this has improved.

In a hearing before Italian parliament on 28 January, he pointed out that during his recent trip to Libya, he spoke with the UN’s High Commissioner for Refugeesand the International Organisation for Migration (IOM). Both confirmed improvement in the Libyan Coast Guard’s behaviour in respecting human rights and gender issues, thanks to Operation Sophia training.

He also highlighted the Libyan Coast Guard’s need for more assets, emphasising that much of the illegal activities and migrants’ rights violations are committed by militias outside of the GNA’s control.

In the hearing, Admiral Agostini said that despite “its shortcomings, the Libyan Coast Guard performs best” considering the means available to them. He credits them with rescuing and saving almost “50 per cent” of the migrants departing from Libya between 2018 and 2020. The number of migrants who died at sea has significantly reduced, as reported by the IOM.

It is evident that an unstable Libya is a direct threat to the EU, given its proximity to the bloc. Illegal migration might still be the biggest headache to EU policymakers, but potential terrorists entering the EU is also another problem.

IRINI could prove crucial for peace in Libya, now that the country has a new executive tasked with organising elections in a peaceful environment. However, for that to happen, IRINI’s recommendations must be taken seriously by the UNSC.

Furthermore, if the UN agrees, Agostini believes that IRINI’s involvement in ceasefire monitoring without “[EU] boots on the ground” would add value, given its “deep knowledge” of the entire area. Middleeastmonitor.com

No change in US policy on Kashmir, says State Dept

UN peacekeepers step up patrols after deadly clashes in South...