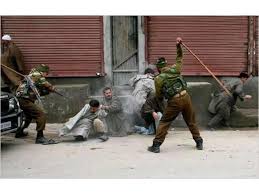 In a meeting of its Majlis-e-Shura presided over by party’s Acting Chairman, Abdul Ahad Parra, discussed the prevailing situation in IIOJK and condemned the ban imposed on programs of political organizations by the Indian government.

Abdul Ahad Para appealed to the UN Secretary General to take cognizance of Indian state terrorism in IIOJK and victimization of the incarcerated Hurriyat leaders. He asked the UN chief to initiate measures for settling the Kashmir dispute by granting the Kashmiris their inalienable right to self-determination in accordance with the UN resolutions.