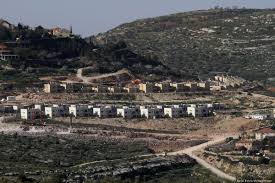 London: The British government is “seriously concerned” about Israel’s approval for the construction of 800 new settler housing units in the occupied West Bank.

“The Government of Israel’s decision… could threaten future peace negotiations,” said a spokesperson for the Foreign, Commonwealth & Development Office in London. “Settlements are illegal under international law and risk undermining the physical viability of the two state solution.”

Israel’s plans for the illegal settlement units were reported by Kan public broadcaster last week. According to the report, the Defence Ministry is set to give the green light for construction at a meeting next week. New housing units are expected to be built in the West Bank settlements of Itamar, Beit El, Shavei Shomron, Oranit and Givat Ze’ev, as well Tal Menashe.

The controversial decision has faced widespread condemnation from the Irish and Egyptian authorities among others. Ireland’s Minister for Foreign Affairs, Simon Coveney, said that, “The expansion of settlements in this strategically sensitive area between Jerusalem and Bethlehem will undermine the viability and territorial contiguity of a future Palestinian state and the possibility of a negotiated two-state solution in line with internationally agreed parameters.”

Meanwhile, UN Secretary-General Antonio Guterres also called on Israel yesterday to “halt and reverse” its decision as it is “a major obstacle to the achievement of the two-state solution, and a just, lasting and comprehensive peace” in the Middle East.

“The establishment by Israel of settlements in the Palestinian territory occupied since 1967, including East Jerusalem, has no legal validity and constitutes a flagrant violation under international law,” he explained. “Settlement expansion… further erodes the possibility of ending the occupation and establishing a contiguous and viable sovereign Palestinian State, based on the pre-1967 lines.”

Israel occupied the Gaza Strip and the West Bank, including East Jerusalem, during the Six Day War in 1967. Around 620,000 Israeli settlers live in illegal settlements in the occupied West Bank, which is home to more than 2.8 million Palestinians.Middleeastmonitor.com