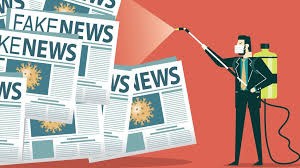 New York: An Indian newspaper withdrew a fake story about a recent “visit” of Lisa Curtis, an aide to US President Donald Trump, to the Indian Illegally Occupied Jammu and Kashmir (IIOJK) following a rebuke from Ms. Curtis.

The story published in The Deccan Herald is accompanied by a photograph of Ms. Curtis, deputy assistant to the outgoing president and senior director for South and Central Asia on the National Security Council, standing next to an Indian official at the foot of a snow-covered hill, without identifying the location.

“This photo was taken in January 2017 before I joined the (Trump) administration,” Ms. Curtis chided the newspaper on the Twitter. “This journalist should’ve fact-checked”, she added.

The story, by-lined to Sameer P. Lalwani, is obviously part of India’s ongoing disinformation campaign that EU DisinfoLab, a Brussels-based independent and non-profit organization, exposed in a critical report about New Delhi’s use of fake Non-Governmental Organization (NGOs) to promote its agenda.

Responding to Ms. Curtis’ tweet, journalist Lalwani said that the report was removed within two hours of posting, adding, “I now believe it is likely inaccurate …”

In the fictional report, Journalist Lalwani claimed that the US diplomat, who, according to him, was on back channel diplomacies, met politicians, members of civil society and security officials on the Kashmir visit.KMS

Citing “sources”, the report also claimed that during the “high-profile” visit, Ms. Curtis spent time “taking feedback on the situation arising in Jammu and Kashmir post-abrogation of special status of the valley.”

“Obviously the Indians have not learnt any lesson from the damning EU DisinfoLab’s report about their machinations to spread disinformation,” a diplomatic observer said. KMS