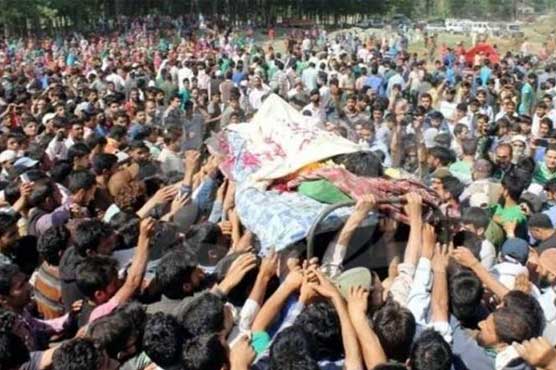 Srinagar: Indian troops in their fresh act of state terrorism martyred one more Kashmiri youth in Shopian district of Indian Illegally Occupied Jammu and Kashmir (IIOJK) raising the toll to two in the past two days.

According to the details, the troops martyred the youth during a violent cordon and search operation in Rawalpora area of the district while body of one youth was recovered on Sunday from the debris of a house destroyed by the troops.

The operation was going on 3rd consecutive day, today.

Meanwhile, the occupation authorities suspended internet service in the district to prevent dissemination of information about the brutalities of Indian forces in the area.

Time running out for US to revive nuclear deal: FM...