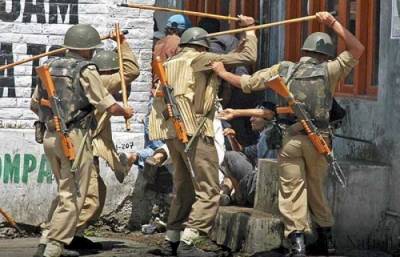 According to the details, the troops martyred the youth during a violent cordon and search operation in Badigam area of the district. The operation was going on till last reports came in.

On the other hand, Indian troops continued their cordon and search operations on second day in different areas of Pulwama and Badgam districts.

Meanwhile, a Special Police Officer (SPO) of Indian police was killed and a cop was injured in an attack in Beerwah area of Badgam district.