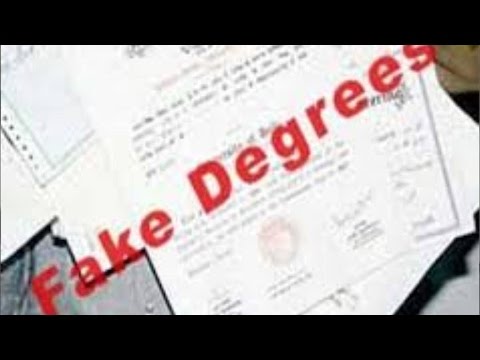 Earlier this month Times of India reported that during a routine investigation of a fake degree case, the Indian police had uncovered a much bigger case of an Indian university selling tens of thousands of fake degrees to multitude of people (‘Manav Bharti University of Himachal Pradesh sold 36000 fake‘, 1 Feb).

It was reported that Manav Bharti University in the Indian state of Himachal Pradesh had sold 36,000 fake degrees across 17 states in over 11 years. In fact, of the total 41,000 degrees issued by the university, only 5,000 have been found to be genuine so far. The university is run by the Manav Bharti Charitable Trust.

Police have now initiated the process to extradite trust chairman Raj Kumar Rana, his wife Ashoni Kanwar and daughter Aina Rana — both trustees — and son from Australia. The trust operates private universities in the states of Himachal Pradesh and Rajasthan. It also led to questions if the other universities run by Manav Bharti Charitable Trust are also involved in selling fake degrees.

With the news of the extradition, the Indian Enforcement Directorate had provisionally placed the land, houses and commercial buildings of the trust chairman and his family in Himachal Pradesh and Rajasthan as well as bank deposits totaling Rs194.17 crore (S$35 million) under the Prevention of Money Laundering Act (PMLA).

The Indian authorities estimated that Rana and his family had amassed property worth Rs387 crore (S$70 million) from the proceeds of the racket.

The 36,000 fake degrees issued by Manav Bharti University was said to be only the tip of an iceberg, as the number of fake degrees issued is known to be many more. The scam is likely to run into crores of rupees, said the investigation team. The Onlinecitizen.com