Subscribe Us
HomeArticleKashmir and the Role of the United States
Article

Kashmir and the Role of the United States 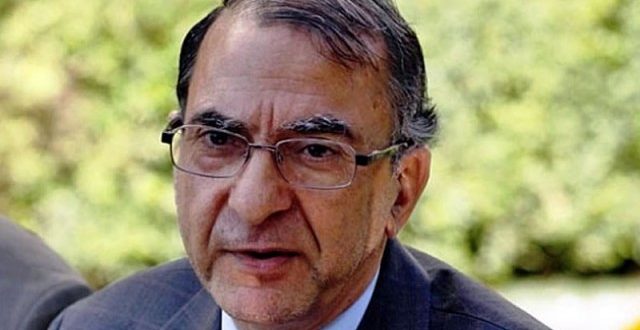 The Kashmir question is one of the oldest unresolved international problems in the world. The experience of nearly seven decades has shown that it will not go away and that an effort is urgently required to resolve it on a durable basis. ‘Durable’, in this context is synonymous with ‘equitable’. It is imperative, whatever be the rights and wrongs in the equation as far as arguments go, real populations with a pronounced sense of identity of their own, with their suffering and their aspirations rather than just legal title and merit are involved.

The Kashmir dispute primarily involves the life and future of the 23 million people of the land. Because of its impact on relations between India and Pakistan, however, it directly affects the peace and stability of the region of South Asia that includes Afghanistan as well. This is a region, which contains one-fifth of the total human race.

The following considerations are most pertinent for an assessment of the dispute by the policy-making agencies and personalities of the world powers, including the United States.

When the Kashmir dispute erupted in 1947-1948, the United States championed the stand that the future status of Kashmir must be ascertained in accordance with the wishes and aspirations of the people of the territory. The United States was the principal sponsor of the resolution # 47 which was adopted by the Security Council on 21 April 1948 and which was based on that unchallenged principle. Following the resolution, the United States as a leading member of the United Nations Commission for India and Pakistan (UNCIP), adhered to that stand. The basic formula for settlement was incorporated in the resolutions of that Commission adopted on 13 August 1948 and 5 January 1949.

The part played traditionally by the United States Government is apparent from: The appeal made by President Harry Truman and British Prime Minister, Clement Attlee that any contentious issues between India and Pakistan relating to the implementation of the agreement on Kashmir must be submitted to arbitration; the appointment of an eminent American, Admiral Chester Nimitz, as Plebiscite Administrator on Kashmir; the appeal personally made in 1962 by President John F. Kennedy to the President of Ireland to the effect that Ireland sponsor a resolution on Kashmir in the Security Council reaffirming the resolutions of the Commission; the forceful advocacy by the US Delegation of points regarding the demilitarization of Kashmir preparatory to the plebiscite at countless meetings of the Security Council from the years 1947-48 to 1962 and its sponsorship of twelve substantive resolutions of the Council to that effect; the protracted negotiations conducted by another distinguished American, Mr. Frank Graham, from 1951 to 1958 in the effort to bring about the demilitarization of Kashmir, making possible the holding of a free and impartial plebiscite.

Secretary of State John Foster Dulles stated on 5 February 1957 that: “We continue to believe that unless the parties are able to agree upon some other solution, the solution which was recommended by the Security Council should prevail, which is that there should be a plebiscite.

On 15 June 1962, the American representative to the United Nations, Adlai Stevenson, stated that: “… The best approach is to take for a point of departure the area of common ground which exists between the parties. I refer of course to the resolutions which were accepted by both parties and which in essence provide for demilitarization of the territory and a plebiscite whereby the population may freely decide the future status of Jammu and Kashmir. This is in full conformity with the principle of the self-determination of people which is enshrined in Article I of the Charter as one of the key purpose for which the United Nations exists.”

Unfortunately, all these pronouncements and commitments by the United States remain unfulfilled until today and Kashmir dispute has brought both India and Pakistan to the brink of nuclear catastrophe. Now, it is being said that peace between India and Pakistan could help unlock another conflict with even higher stakes for the United States: the war in Afghanistan. Indeed, a growing chorus of experts has begun arguing that the road to Kabul runs through Kashmir – that the US will never stabilize the former without peace in the latter. Suddenly, bringing India and Pakistan together seems to be very much in America’s interest. Which makes the Biden administration’s determination to avoid the issue increasingly hard to fathom.

There is a convergent thinking among Indian, Pakistan and American scholars that key to progress of peace in Afghanistan lies in Kashmir. On one hand, Indian Independent thinker and writer, Pankaj Mishra wrote in : the New York Review of Books, “As always, the road to stability in Pakistan and Afghanistan runs through the valley of Kashmir,” and on the other hand, Pakistani journalist, Ahmed Rashid wrote in ‘Foreign Affairs’ on 11 October 2010, “The road to Kabul runs through Kashmir…There can be no peace in Afghanistan until these two neighbors (India & Pakistan) sit down and talk about a common approach to both Kabul and Kashmir, rather than negotiating by proxy war.”

And see the similarities of idea with an American journalist, Jonathan Tepperman who wrote in Newsweek on 10 February 2010, “To understand why Kashmir is so important to Afghanistan, start with the fact that the US can’t defeat the Afghan insurgency without Pakistan’s help. Fear of India also keeps Pakistan from putting enough troops on its 2,250-kilometer-long Afghan border, which the Taliban still cross at will… Yet even he (Richard Holbrooke) concedes that Kashmir makes Afghanistan “more difficult to resolve,” and Washington simply can’t afford to avoid it if it hopes to leave the region any time soon.”

And Dutch Independent writer and researcher, Laura Schuurmans is equally passionate to suggest to the world powers to intervene in both crisis: Kashmir and Afghanistan. She wrote in November 2013, “The world will have to take notice of this issue if it really wants stable and durable peace in Afghanistan, south Asian subcontinent and consequently the whole world….A new beginning can start from Kashmir and therefore, peace and stability can return to Afghanistan through the valleys of Kashmir.”

Incidentally, it was just on 8 March 2021 that Zalmay Khalilzad, US Negotiator on Afghanistan met with General Qamar Javed Bajwa of Pakistan and discussed the issue of Afghanistan and matters of mutual interest. Meanwhile, US Secretary of State, Antony Blinken has announced to sponsor a meeting on Afghanistan. Foreign minister of India and Pakistan along with foreign ministers of China, Iran, Russia and United States are invited. It has been suggested that the meeting will take place in Turkey. Turkey’s President Erdogan has already said on 1 March 2021, “Developments in Afghanistan are closely related to the security and stability of the region. We closely follow the developments in friendly and brotherly Afghanistan. We hope that the peace process which aims to put an end to the ongoing conflicts of more than 40 years succeeds.” President Recep Tayyip Erdogan, 1 March 2021.

We hope that Turkish meeting on Afghanistan will take into consideration the recommendations made by Professor Patrick J Larkin, Naval Post Graduate School, Monterey, California, he made in March 2013, “The US will not be able to achieve a lasting peace in Afghanistan without the unilateral support of Pakistan and India. If the conflict in Kashmir can be reconciled, this will aid US objectives of a secure Afghanistan…Only by finding a final status on Kashmir with South Asia be able to achieve a real, lasting peace.”

I believe that the time has come that the United Nations and world powers, particularly the United States, intervenes in Kashmir to bring peace and prosperity not only to Kashmir but also to the whole region of South Asia, including Afghanistan. Dr Syed Nazir Gilani said it best, “Kashmir solution would help US and NATO forces to have a credible respite. They would have a strong impregnable complementary military shield in Pakistan, which would be a reliable constituent to build peace in Afghanistan.”

In this regard, President Biden can listen to Steve Coll, Dean of the Columbia University Graduate School of Journalism, who wrote in ‘New York Review of Books on 30 September 2010, “Silence and indirectness about the conflict is no longer workable….The United States does not need to intervene directly in Kashmiri negotiations to support the Indo-Pakistani peace process. It does, however, need to rediscover the sense of urgency and international leadership that characterized its engagement with Kashmir in the 1950s and early 1960s.”

And we hope that President Biden will heed to the advice of President Barack Obama who said on 30 October 2008, “The most important thing we’re going to have to do with respect to Afghanistan, is actually deal with Pakistan…We should probably try to facilitate a better understanding between Pakistan and India and try to resolve the Kashmir crisis so that they can stay focused not on India, but on the situation with those militants.”

India contributed to nearly 60pc of the global rise in...