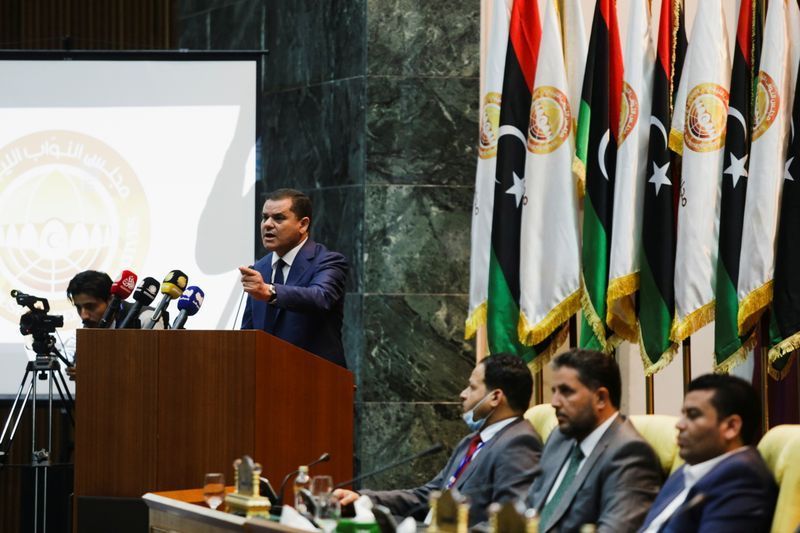 Tripoli: Libya’s parliament voted on Wednesday to approve a government of national unity headed by prime minister Abdulhamid Dbeibeh as part of a U.N.-backed plan to resolve a decade of chaos and violence with an election in December.

More than 100 members of the divided parliament voted to back Dbeibeh’s government in a rare session in the frontline city of Sirte, with only a handful voting against.

Its approval represents the biggest opportunity in years for a resolution to Libya’s conflict but huge hurdles remain in uniting the country’s rival administrations and preparing for fair national elections.

The manner of Dbeibeh’s own appointment and the expansive size of his cabinet have drawn criticism in Libya with accusations of corruption and influence peddling that spoilers could leverage to deny his legitimacy.

Libya has been split for years between the internationally recognised Government of National Accord in Tripoli and a rival administration in the east backed by Khalifa Haftar’s Libyan National Army. Reuters