Morocco prepares for new role in Palestine peace process in 2021 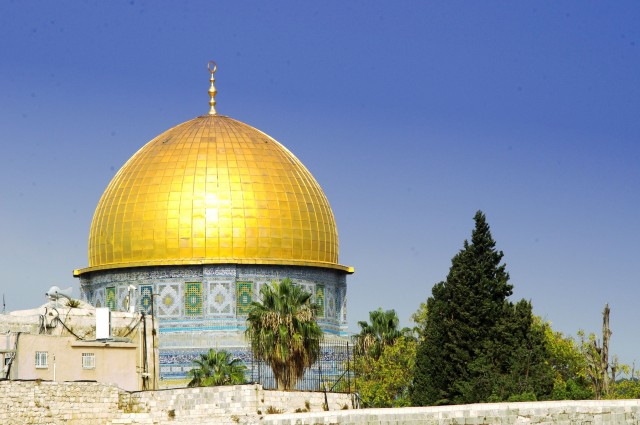 Rabat: In 2021, Morocco’s government looks set to take a new role in finding a solution to the Palestine question. King Mohammed VI told Palestinian President Mahmoud Abbas on Wednesday that he will soon call anthe Al-Quds Committee meeting in Morocco. The meeting would become the 21st session of the committee, six years since its 20th session in Marrakech.

King Mohammed VI is the chairman of the Al-Quds committee. “Al Quds” is arabic for “the Holy One,” a reference to the city of Jerusalem. A standing committee of the Organisation of Islamic Cooperation (IOC), the Al Quds Committee is tasked with following-up on IOC resolutions and protecting the special status of Jerusalem in the Israel-Palestine conflict.

Morocco’s monarch assured Palestine’s President Abbas that he will “spare no effort to preserve the historical and ancestral identity of the Holy City as a land of cohabitation between the monotheistic religions,” according to Morocco’s press agency.

As the chair of the Al Quds Committee, King Mohammed VI’s tasks include defending Jerusalem’s special status, advocating for freedom of religion, and preserving the Muslim character of both Jersusalem and the Al-Aqsa Mosque.

The King told Abbas that Morocco places the fate of Palestine “at the same level as the issue of the Moroccan Sahara.” He assured the Palestinian president that recent agreements with Israel do not endanger Morocco’s unwavering support for Palestinians and the state of Palestine.

Morocco is likely to expand its role in the dialogue on Palestine-Israel in 2021. Having contributed to the establishment of a sustainable-looking ceasefire in Libya in 2020, Morocco’s diplomats are likely to push for a greater role in Palestine’s peace process.

Morocco’s government is faced with a predicament after the US recognition of Morocco’s sovereignty over its Western Sahara was concomitant to Rabat’s decision to re-establish partial diplomatic ties with Tel-Aviv. . The deal was received with skepticism by some senior Palestinian officials, primarily at Hamas. The deal also also faced public opposition from a number of Moroccan citizens.

Some reports in international media suggested that the inclusion of US recognition of Morocco’s sovereignty over Western Sahara would appease Moroccans. For Moroccans, however, the southern region “has always been and will remain” an integral part of the country.

Moroccan school books describe the region as a part of Morocco, and the southern border with Mauritania was already seen as the legitimate southern border of the country. Because Western Sahara’s “Moroccanness” was already considered beyond dispute, some felt there was no need to make a deal with Israel over it.

Moroccans support Palestine without question and the government will likely feel the public supports any renewed efforts to find a solution to the Israel-Palestine question.

In 2021, Morocco has the opportunity to show doubters how committed it is to the people of Palestine. Morocco has repeatedly shown it is still fully committed to the Israel-Palestine issue. Finding peace will be a hard task, not least because Israel is content with the status quo as it continues to demolish homes in the West Bank and approve a record-breaking number of new illegal settlements in the occupied territories.

Morocco’s task is daunting, but not impossible. In early 2020, few would have predicted that Libya would be at peace. Morocco’s oft-overlooked but determining role in bringing together Libya’s hostile factions in Bouznika paved the road for peace. Presented with a new challenge, in 2021, Morocco’s skilled diplomatic corps could face its most difficult and yet most illustrious task ever. Moroccoworldnews.com