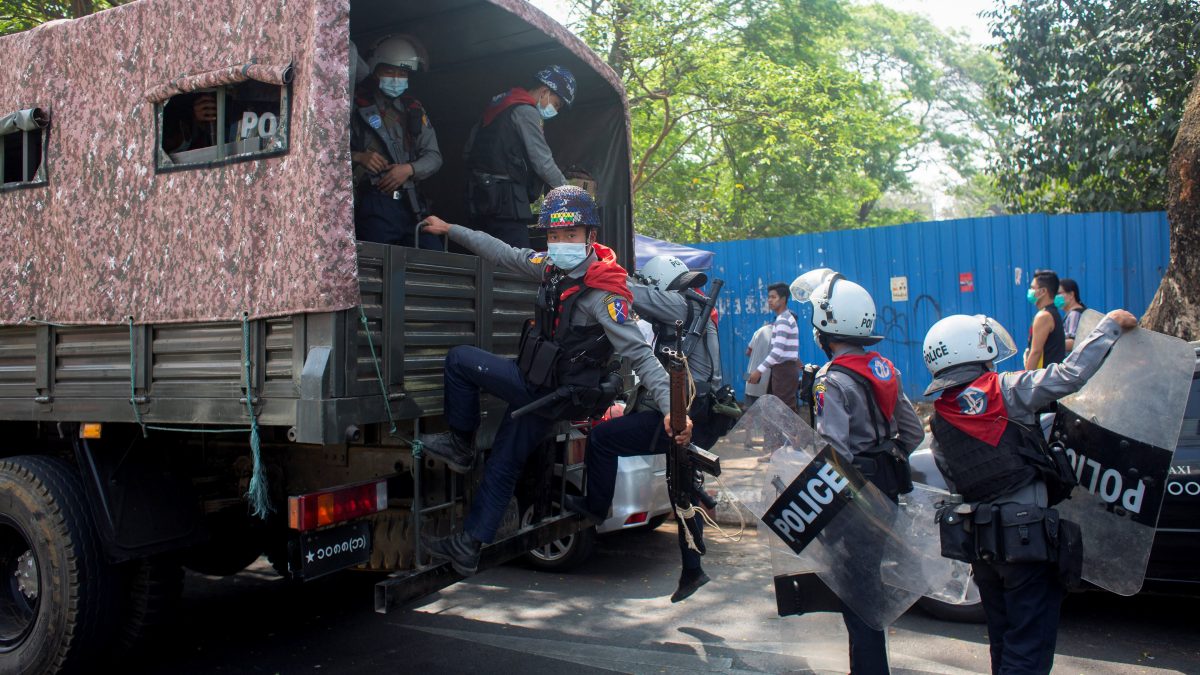 The Suu Kyi-led National League for Democracy had won a landslide in a general election last November. But the military has claimed the election was marred by fraud.

4:45 p.m. A Japanese journalist, Yuki Kitazumi, told a Nikkei reporter via a messaging app that he had been released from detention after being taken into custody earlier on Friday in Yangon. He was arrested while reporting on street demonstrations in Myanmar’s largest city.

2:10 p.m. Police in Yangon have detained a Japanese journalist who was covering street protests, according to his colleague. This marks the first detention of a foreign reporter since the coup. The Japanese Embassy in the city says it is working to confirm the facts.

3:30 a.m. Rather than isolate Myanmar, Association of Southeast Asian leaders have shown a willingness to work with the country to restore the democratic process, writes Thai international affairs scholar Kavi Chongkittavorn in commentary for Nikkei Asia.

“If they fail, it will greatly damage ASEAN’s credibility — and centrality — in the eyes of the international community. More than that, it will dash international hopes for any kind of mediation process to resolve the crisis,” he writes. “While ASEAN’s charter lacks any provision for expelling a member country, the 10-nation grouping has some leverage.” Read more.

1:00 a.m. Japan is considering halting new official development aid to Myanmar for the foreseeable future, Nikkei reports, amid growing global outcry over the Feb. 1 coup and subsequent deadly crackdown on protesters in the Southeast Asian country.

Separately, the World Bank has stopped payments for projects in Myanmar on withdrawal requests that were made after the coup, Reuters reports, citing a letter to the finance ministry.

This second round of sanctions is directed at six members of the State Administration Council, which took over government powers after the Feb. 1 coup.

“The commander in chief, as chair of the SAC and head of the Tatmadaw (military), is being sanctioned for his involvement in overseeing and directing serious human rights violations since the coup,” according to a U.K. Foreign Office press release, adding that the other five figures “share responsibility for the violations.” Asia.nikkei.com