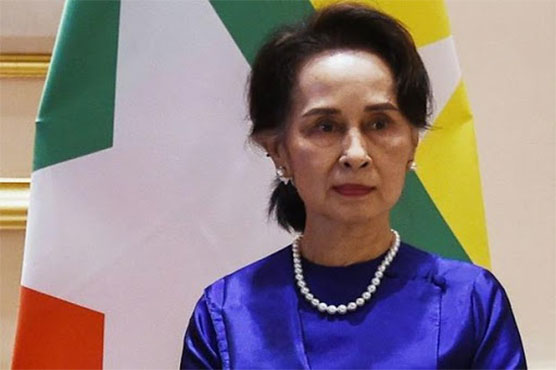 The newly unveiled charge came amid growing international outrage over the February 1 coup and the military s subsequent clampdown on protesters that has left at least 535 people dead.

Britain announced sanctions on the Myanmar Economic Corporation (MEC), a conglomerate controlled by the military that Washington has already blacklisted.

International powers have sought to pile pressure on the military by hitting its sprawling business interests, which include the country s lucrative jade and ruby trade.

Earlier, Suu Kyi appeared by video link in court in the capital Naypyidaw, where she faces a raft of charges that could see her barred from political office.

The hearing dealt with administrative aspects of the case including the formal appointment of eight defence lawyers.

“Daw Aung San Suu Kyi s physical condition was good according to the (lawyer who saw her on screen). She was smart and charming as always,” lawyer Khin Maung Zaw told reporters.

He later told AFP that the Nobel laureate has been accused of breaking an official secrets law in a lawsuit filed March 25.

The statement, signed by dozens of countries, expressed “deep concern” over the plight of journalists and media workers since the military seized power. AFP