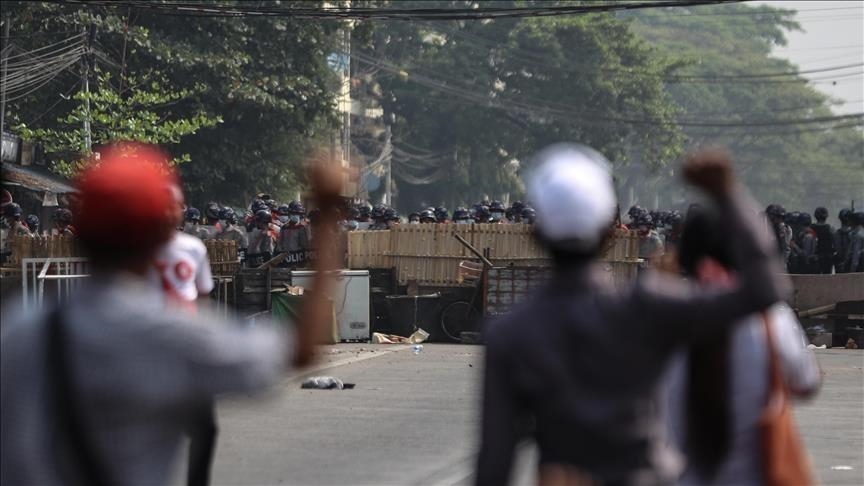 In a written statement, the Assistance Association for Political Prisoners (AAPP) said it had documented seven additional deaths across the Southeast Asian country.

“As of April 4, a total of 2,667 people are under detention, while 38 of them are sentenced. As many as 425 have been issued arrest warrants,” said the rights group.

Security forces continue their crackdown on peaceful protests that have taken to the streets to demonstrate against the junta that seized power in the Feb. 1 coup.

In Mandalay city, they destroyed protestors’ barricades, as well as grocery stores.

Amid a night of martial law, the office of a junta-appointed local administrator was set alight early on Sunday in the North Kyun Taw Quarter of Sanchaung township in Yangon.

“Whenever these incidents happen, the junta declares falsely that it was the protesters who committed these crimes, to spread propaganda,” AAPP revealed.

In a separate statement, the Peace Process Steering Team (PPST) of the signatories of the 2015 Nationwide Ceasefire Agreement (NCA) urged the junta forces to halt violent crackdowns and killings of unarmed people and release all detainees immediately.

In response to the coup, civilian groups across the country launched a civil disobedience campaign with mass demonstrations and sit-ins. Anadolu Agency.