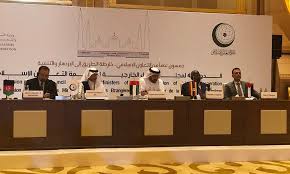 In what is being termed as a diplomatic win for Islamabad, the Organisation of Islamic Cooperation (OIC) has reiterated its “strong and unequivocal support” for disputed Kashmir in a resolution adopted unanimously in the Muslim bloc’s gathering in Niger. Representatives of 57-member states attended the two-day meeting during which OIC discussed issues confronting the Muslim world.

The resolution seemed to be surprising for various reasons. There were some reports suggesting good ties between the UAE and India. Similarly, recently recognition of Israel by the USA, Bahrain, and Sudan and the alleged meeting between Muhammad Bin Salman and the Israeli Prime Minister were the reasons which not only divided the Muslim world but also raised serious questions about the future of the OIC.

This is the first notice taken by the OIC of the Indian shutdown of Kashmir last year, and the subsequent lockdown there, but it has condemned Indian human rights violations in very strong terms. However, it might be noted that the OIC Contact Group on Kashmir did not meet. That might be rectified at the next meeting, which Islamabad has succeeded in being scheduled to host. It is also likely that the last-minute palpitations over Kashmir can be avoided, and it will be easier to get a resolution passed.

It was also a Pakistani success that the meeting passed a resolution condemning Islamophobia with the text provided by Pakistan, because it wanted a resolution which would not exclude Indian actions, not just against Kashmiris, but against its Muslim citizens. Just because the resolution was motivated by the events in France, did not mean that meeting could ignore what India had been doing against its Muslim citizens.

India was also asked by the OIC foreign ministers the follow up on reports by the United Nations’ observers on the conditions in the region and to allow OIC monitors to complete their own report. New Delhi has previously tried to rubbish independent investigations, including UN reports, mainly getting away with it due to the lack of unity among the international community.

Pakistan cannot let the world stop paying attention to India’s abuses in the region. In that regard, the OIC’s resolution is undoubtedly a win. Unfortunately, the incumbent Indian regime has shown little regard for international criticism, even in its most well-reasoned forms. This leaves Pakistan in a situation where it must also dramatically increase its efforts to push world leaders to use their power and influence to help the Kashmiris get their right to self-determination.

Even though this resolution serves as a small win for Pakistan, in comparison to the larger play for securing the right to self-determination in Kashmir, it reinforces the fact that the issue is being taken as seriously as it should. A trickle-down effect of such an attitude, in the international community, is bound to happen soon enough and for that, Pakistan must continue to work tirelessly. India.shafaqna.com