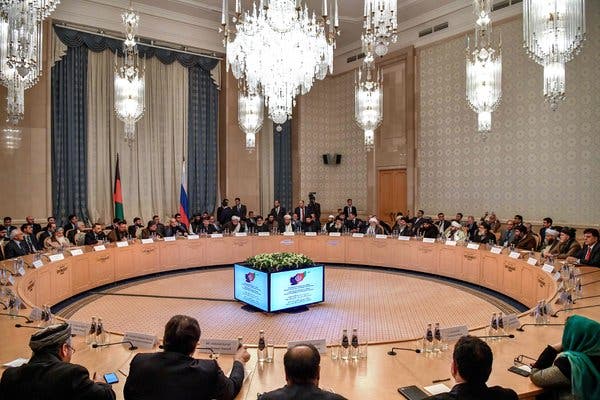 Moscow: Russia plans to hold a conference on Afghanistan in Moscow later this month, marking an attempt by Moscow to raise its profile in the Afghan peace efforts.

Russian foreign ministry spokeswoman Maria Zakharova said the talks scheduled for March 18 will bring together representatives of Russia, the United States, China and Pakistan, as well as an Afghan government delegation and representatives of the Taliban.

Qatar, which is hosting intra-Afghan peace talks, has been invited to the Moscow meeting as an honoured guest.

Zakharova said the negotiations will focus on “ways to help advance inter-Afghan talks in Doha, reduce the level of violence and end the armed conflict in Afghanistan and help it develop as an independent, peaceful and self-sufficient state that would be free from terrorism and drug trafficking”.

But the US has not yet confirmed its attendance.

The announcement of the Moscow talks came after the US shared with Afghan officials, Taliban leaders and others a draft peace plan calling for replacing the government with a power-sharing interim administration pending elections under a new constitution.

The US proposal is intended to jump-start stalled talks in Qatar between the Taliban and a team that includes Afghan officials on a political settlement that would put to end decades of conflict.

Moscow has also advocated a transitional power-sharing government as part of a peace deal.

Last week, US Secretary of State Antony Blinken wrote in a letter to Afghan President Ashraf Ghani that the US would ask Turkey to host “a senior-level meeting of both sides in coming weeks to finalise a peace agreement”.

The US is facing a May 1 deadline for withdrawing the last 2,500 US troops from Afghanistan under a deal signed with the Taliban by the former Trump administration in February 2020.

In his letter to Ghani, Blinken said the May 1 deadline for the US troop pullout is still on the table.

Moscow, which fought a 10-year war in Afghanistan that ended with the Soviet troops’ withdrawal in 1989, has made a diplomatic comeback as a mediator in Afghanistan. In 2019, it hosted talks between various Afghan factions.

Kabulov said in remarks carried by the Interfax news agency that the meeting in Moscow “aims to give an impulse, an impetus so that substantive talks and not just contacts would begin in Doha”.

“We will discuss prospects for a settlement in Afghanistan and reaching solutions,” he said. Al-Jazeera