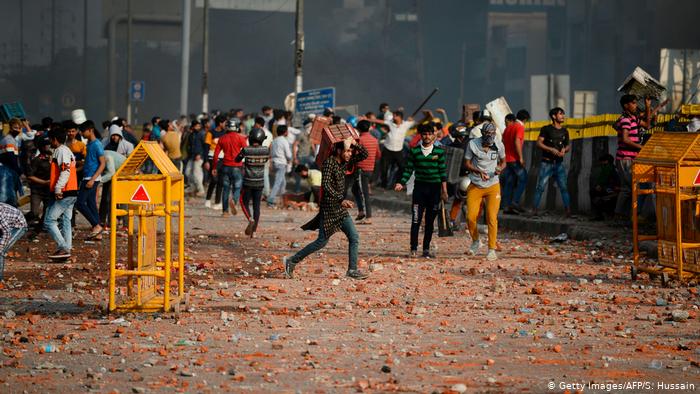 Dhaka: Muslims of Netrokona and Nilphamari districts urged Prime Minister Sheikh Hasina on Monday to cancel Indian leader Narendra Modi’s Bangldesh visit this month on the occasion of Bangabandhu’s birth centenary, alleging his government had stoked tensions between Hindus and Muslims that exploded into deadly riots in New Delhi this week.

In Netrokona, Muslims from all walks of life brought out a rally protesting Modi’s impending visit, the killing of Muslims, and the destruction of mosques. The speakers at the gathering said Modi will not be allowed to set foot on Bangladesh.

They also issued a warning saying they will surround the airport if Modi comes to this country.

The protesters set fire to an effigy of Modi as well, during the demonstration which was joined by thousands of Muslims of the district.

In Nilphamari, Ahle Sunnat Wal Jamaat held a procession and afterwards formed a human chain in front of the local press club.

Accusing Modi of being behind the killing of Muslims and the overall continued violence against them, the speakers there demanded Modi’s visit be cancelled.

Otherwise, Muslims of the country would begin a mass movement to form a resistance, they said. They also urged the government to stand firmly against the killings. Dhaka Tribune.com