Subscribe Us
HomeArticlePolitics Philosophized: How we reward ‘peace’ efforts can be problematic
Article

Politics Philosophized: How we reward ‘peace’ efforts can be problematic 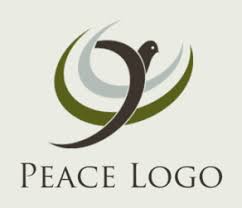 Of the six prizes, the peace prize is the hardest to quantify — Nobel defined peace as the de-escalation of military forces, commitment to government bodies enabling peace and creation of “fraternity between nations.”

It is easy to tell when someone has contributed to physical sciences, literature or even economics — mostly concrete, tangible achievements. However, the question of how peace should be measured and who exemplifies it is much harder to answer.

I can think of three recipients who failed to live up to my expectations of what it means to bring about meaningful change and peace in the world: Mother Teresa, the United Nations Peacekeeping Forces and Aung San Suu Kyi.

Mother Teresa, originally named Agnes Gonxha Bojaxhiu before entering a nunnery, was born in 1910 in what is now known as the Republic of Macedonia. She was a Catholic charity worker who helped the terminally ill in India and was made a saint by Pope Francis in 2016.

Mother Teresa was awarded the prize in 1979 for that work in Kolkata, India, formally known as Calcutta. However, she was also known to reuse hypodermic needles for frugality. She also cleaned soiled blankets in the sink where they washed dishes. This is not to say the work she was doing in India was easy, but there are still hygienic standards she should have upheld to ensure the survival of more people.

The second prize I want to discuss is the prize that was awarded to the UN Peacekeeping Forces in 1988. UN Peacekeeping is the military branch of the UN. The troops are supplied by countries around the world, working together to keep global peace.

It sounds like a great idea in theory, but six years after the organization was awarded the prize, the Rwandan genocide occurred. In 1994, 800,000 Rwandans — specifically the Tutsi people — were killed by Hutu extremists in just under 100 days.

The UN “Peacekeepers” did nothing to stop the murders, even though they were stationed in Rwanda at the time. Instead, they pulled out, taking with them white people from Western countries — not those being targeted in the attack.

Finally, we must discuss the prize awarded to Aung San Suu Kyi, who campaigned for democracy in her country. In 2015, Suu Kyi became the democratically elected State Counselor of Myanmar. She was awarded the prize in 1991 while under house arrest for working against the military dictatorship.

This is not to say all Nobel Peace Prize winners were undeserving — we should not lose hope in peace or what the prize stands for. Martin Luther King Jr., Nelson Mandela and Malala Yousafzai are people who embody true efforts toward peace.

But peace is hard to define and even harder to celebrate. Giving a prize for peace is difficult regardless of what criteria you use. Even though there are clear flaws, the Nobel Prize is neither an inherently good or bad institution. It is just an institution that sometimes makes mistakes.dailyfreepress.com