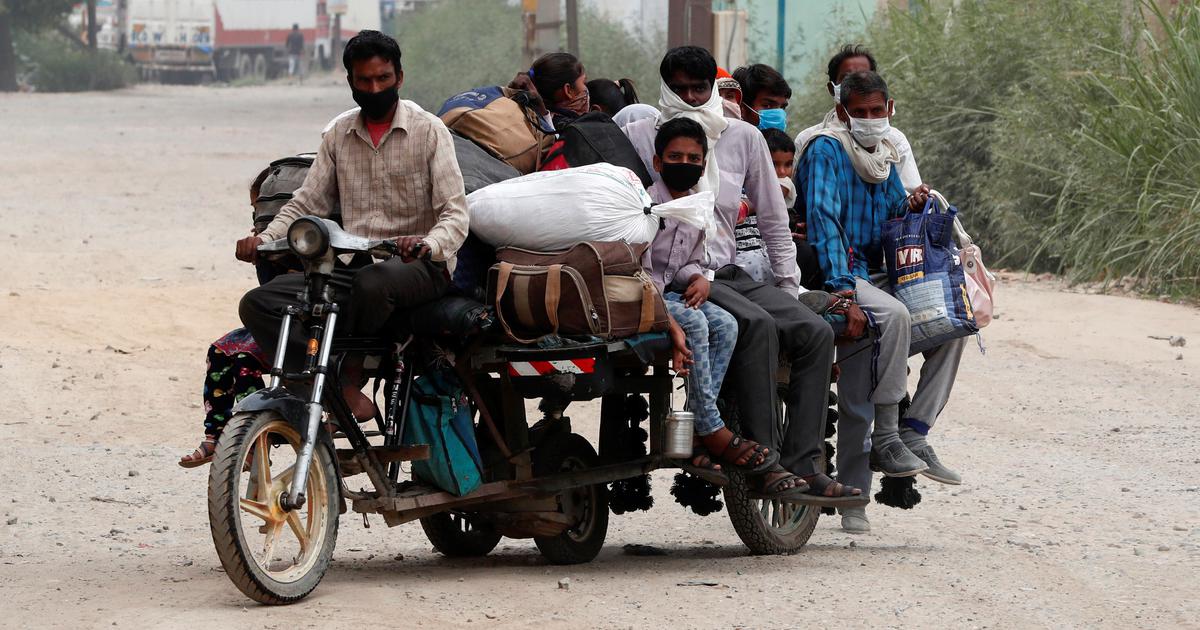 As the Covid-19 pandemic ravaged the world and employment opportunities dried up, in many countries including India, Adivasis returned to their intergenerational, ancestral homes, often situated near forests.

In the course of the reporting of this story, many of the Adivasi community workers from Jharkhand echoed one sentiment: “If at all we have to die, it is better to die among our loved ones.”

India announced a nationwide lockdown on March 24. Within a few days of the announcement, the distress among the communities on the margins of society was palpable. Even as Adivasis made long journeys home, some were beaten to death simply for attempting such arduous travel, while others could not finish the trip at all. In one of the most chilling incidents, a 12-year-old girl Jamalo Madkam from Chhattisgarh fell dead from exhaustion just 11-km short of her Bijapur home after having walked 100 kilometres.

Despite the immense hardships that Adivasi communities faced as a result of the stringent lockdown, the first response to their distress did not come from the Ministry of Tribal Affairs or the Ministry of Health. Instead, it came from the Ministry of Environment, Forests, and Climate Change which, on April 6, restricted people from entering protected forests on the grounds of human to animal transmission, despite there being little scientific evidence of any such transmission possible.

In fact, highlighting a major blunder which hurt Adivasis and forest communities, reports suggested that tribal affairs minister Renuka Singh may have quoted from a non-existent study. The ministry had earlier said that less than 3% of the Adivasi population was impacted by the Covid-19 pandemic.

Adivasi communities who are already victims of neglect when it comes to rights, recognition and state support suffered even more during the pandemic.

The National Family Health Survey 2015-’16 points to some grim statistics for the health of Adivasi communities in India.

According to the National Family Health Survey report:

Some of the biggest problems that Adivasis faced in accessing healthcare were concerns related to unavailability of drugs and providers (56.5% and 54.9% respectively) followed by concerns of an absence of a female provider (45%). This was closely followed by issues of distance to health facilities (42%) and lack of transport (40.9%).

Overall, as many as 76.7% Adivasis faced at least one big problem in accessing health care facilities.

Despite policymakers agreeing that there is no comprehensive policy for Adivasi healthcare, a solution based on reliable data is still absent.

An expert committee set up by the two ministries responsible for health and family welfare of tribal rights, in 2013 had studied the health issues, culture, and the extant healthcare infrastructure in scheduled areas and sought a way forward through consultation.

They published their findings in 2018, after four years of research. Though the report titled Tribal Healthcare in India: Bridging the Gap and a Roadmap for the future noted that “tribal people face the triple burden of diseases”, it also noted that there is no single source of data available about Adivasi populations to create a countrywide disease burden profile.

They did, however, find that Adivasi people bear a “disproportionate burden” of communicable diseases, including diseases like tuberculosis and malaria.

As many as 30% of all malaria cases are reported among Adivasis, who also account for 50% of the mortality associated with malaria even though they account for only 8% of the population.

An Indian Journal of Medical Research paper traces the reasons for this, saying: “The presence of various malaria parasites and vector species, climatic diversity favouring growth and proliferation of the parasite and vector as well as a highly susceptible human population have resulted in high malaria transmission in tribal areas”.

Alarmingly, the death rate among Adivasi communities is 703 per population of 100,000 against a national average of 256. Only 11% of these cases are treated.

Given the severe shortage of healthcare professionals in Adivasi-dominated areas, the report suggested the need to motivate and train local people, especially Adivasi youth, to join the healthcare workforce.

About the presence of frontline workers like the Accredited Social Health Activists, the report had noted that “no numbers are available as to the density of ASHA workers in tribal areas or the average number of people covered by them”. It added that, in these areas where there is little trust in the health systems, they could play a crucial role.Scroll.In