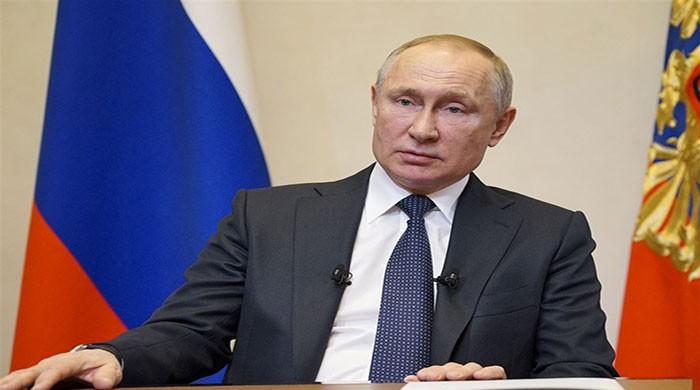 United Nations: Russia backed a Palestinian proposal for a Middle East peace conference, suggesting on Wednesday it could be held at ministerial level in spring or summer, as the US said it would move towards renewing ties with the Palestinians under Joe Biden.

The United States — which had firmly sided with Israel under the administration of Donald Trump — said Tuesday it intended to “restore credible US engagement with Palestinians as well as Israelis.”

Recalling that Moscow had backed Palestinian leader Mahmoud Abbas’ idea for international talks in early 2021 when he first proposed it in September, Russia’s foreign minister Sergei Lavrov offered ideas about who could be invited.

“We propose holding an international, ministerial-level meeting in spring-summer 2021,” Lavrov told a UN Security Council meeting about the Middle East held by videoconference.

The roughly 10 participants would include Israel, the Palestinians, the four members of the so-called Middle East diplomatic quartet (Russia, the United Nations, the United States and the European Union), along with four Arab states — Bahrain, Egypt, Jordan and the United Arab Emirates, Lavrov said. “It would also be important to invite Saudi Arabia, which is behind the Arab peace initiative,” he added, without offering a specific date or site for the eventual conference.

He noted that Moscow remained ready to host a meeting between Israel and the Palestinians in the Russian capital “at the highest levels.” China voiced its support for Russia’s idea at the UN meeting, but most other participants did not offer an opinion on the proposal.

At last year’s annual meeting of the UN General Assembly, Abbas — who had rejected a peace plan advanced by then US president Trump — said the Israeli-Palestinian conflict needed to be resolved on the basis of international law, and under conditions agreed by the global community.

On Tuesday, nearly all who spoke at the Security Council meeting, including the United States, reaffirmed the need for a two-state solution — under which Israel and a future Palestine would coexist.

The new Democratic president “has been clear in his intent to restore US assistance programs that support economic development and humanitarian aid for the Palestinian people and to take steps to re-open diplomatic missions that were closed by the last US administration,” he added. AFP